Arsenal's Alexis Sanchez scored twice to help ease their top-four jitters in a 2-0 victory over West Bromwich Albion in their Premier League match at home. 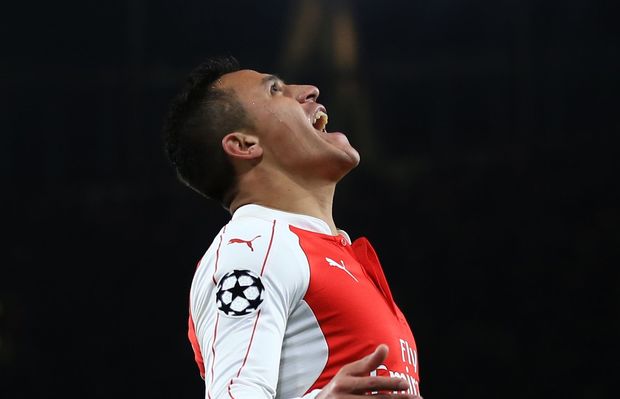 Consecutive draws had all but ended Arsenal's chances of overhauling Premier League leaders Leicester City and they began the night only a point above fifth-placed Manchester United in the battle to secure Champions League football.

However, Sanchez struck twice before halftime and Arsenal were untroubled by a poor West Brom side as they registered their 500th victory in the Premier League.

They moved above Manchester City into third place with 63 points and, with two of their last four games at home to struggling Norwich City and relegated Aston Villa, Arsene Wenger's side are well set to finish in the top four.

With many season-ticket holders electing to miss the game in frustration at another botched title challenge, the atmosphere was flat inside a stadium with lots of empty red seats.

Sanchez did lift the mood, though, as he took his goal tally to five in the last four league games after a lean spell.

"Overall we should have scored more goals," a glum Wenger, who has again faced criticism from fans, said.

"Certainly the early goal helped to focus us more on our game. It looks like (Sanchez) is back to his best, he's sharper, more confident and in the first half he was exceptional."

Sanchez turned sharply to shoot low past West Brom keeper Ben Foster after six minutes and struck again with a free kick shortly before halftime to put the hosts in control.

Gareth McAuley did send a header against the crossbar in the first half for the visitors but Arsenal were untroubled and should have won by a bigger margin.

Arsenal's French Olivier Giroud fired straight at Ben Foster and Mesut Ozil was also denied by the keeper, but Arsenal were often guilty of over-elaborating in the final third.