Irish fighter Conor McGregor, who said on Twitter that he was walking away from the sport of mixed martial arts, has been pulled from the UFC's main event in July. 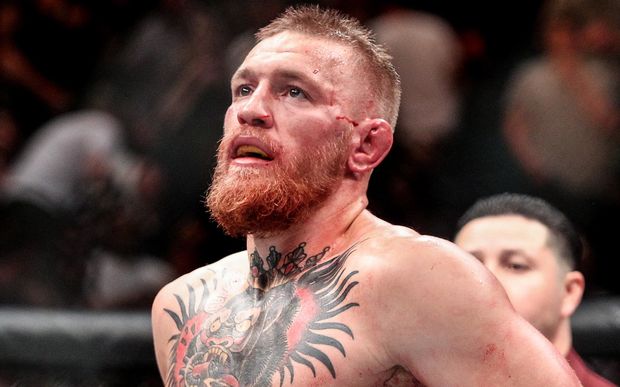 UFC President Dana White did not confirm McGregor's retirement but said he would no longer be fighting a rematch with Nate Diaz on the UFC 200 card on July 9 after refusing to fly to Las Vegas for a news conference and promotional photos.

American Diaz handed the cocky Irishman his first UFC loss earlier this month when he chocked him into submission in a non-title bout at UFC 196.

"I have decided to retire young. Thanks for the cheese. Catch ya's later," McGregor, 27, said on Twitter.

McGregor, who was sitting ringside at that fight, said on his Facebook page that combat sport was a "crazy game" and that Carvalho's death was "heartbreaking".

"It is such a rare occurrence that I don't know how to take this," he added.

McGregor surged through the featherweight ranks before knocking out champion Jose Aldo in 13 seconds in December. He has become the UFC's hottest property with his outrageous trash-talking outside the cage and vicious skills inside it.

His stunning loss in March, where the Irishman went up two divisions to fight American Diaz at welterweight, came as another blow to the UFC following the previously undefeated Ronda Rousey's loss to Holly Holm.

Holm caused one of the greatest upsets in combat sport when she knocked out Rousey in Melbourne to snatch the world bantamweight title last November.

Diaz, no stranger to trash-talking himself, responded to McGregor's Tweet with one of his own: "I guess my work here is done I'm retiring too."