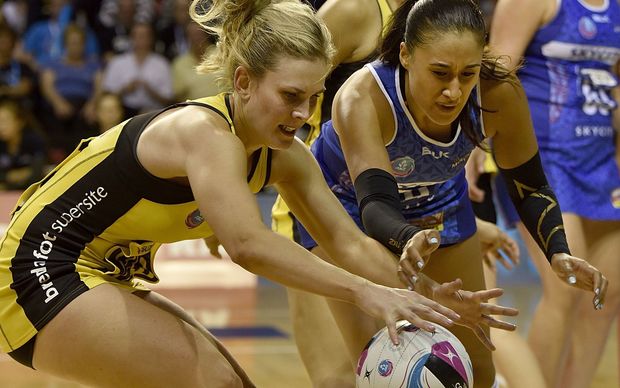 On average the New Zealand teams have made a poor start to the ANZ Championship season with the only the Southern Steel in the top four of the overall points standings.

Three of the five New Zealand teams are winless after three games.

New Zealand's history in the competition isn't great either, an Australian side has won all but one of the eight titles so far.

Gaudion said while she was in favour of the trans-Tasman competition remaining she said there aren't enough top players in New Zealand to warrant having five teams.

"We're in out ninth year of the ANZ Championship and results tell us that Australian teams have dominated," Gaudion said.

"I would love to see a trans-Tasman competition remain but I agree that there would probably need to be an additional two teams coming from Australia and definitely a drop of one or two teams from New Zealand."

Most of the lead-up to this year's trans-Tasman netball championship was overshadowed by talk that the competition could be on its last legs.

A conference system was introduced last year, meaning two sides from New Zealand were guaranteed to make the semi-finals.

Gaudion said the format was unfair to the Australian teams.

Of the total 27 Australia-New Zealand matches played in the 2015 season, New Zealand teams only managed one win and three draws.

An initial suggestion made by Netball Australia was to decrease the number of teams but that was rejected by Netball New Zealand.