Lydia Ko has been pushed back six places into a tie for 32nd at the latest event on the LPGA tour in Hawaii, despite solid play. 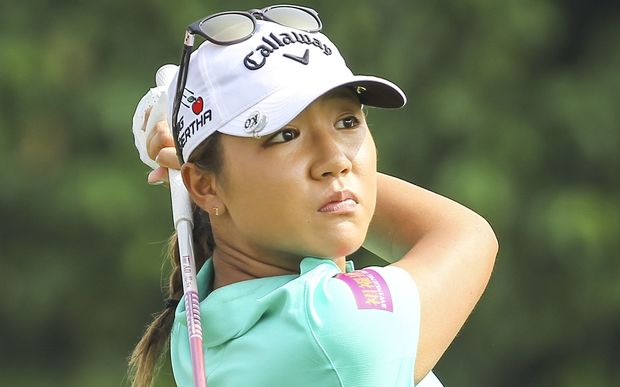 After winning her second major title a fortnight ago, Ko carded a one-under-par third-round 71 on Saturday in Oahu with three birdies and two bogies.

Following rounds of 71, 72 and 71 at the Ko Olina golf club, the world number one is at two under for the tournament, a distant 11 strokes behind the American leader, Katie Burnett.

Ranked 195th in the world and with just one career LPGA top 10, Burnett put together a bogey-free five-under-par 67 to surge to 13-under.

U.S. Open champion Chun In-gee made her move with a tidy seven-under 65, ending up just two back at 10-under 206 along with Thailand's Moriya Jutanugarn (68).

They were all chasing Burnett, though, who managed just one birdie on the front nine before making her move on her turn for home.

Birdies on 11 and 14 preceded a lovely close range approach on 15 to pick up another shot before her final hole heroics.

Despite missing the green short and to the right, Burnett expertly chipped in to take control going into the final round as she chases her maiden win.

Jang will also face plenty of nerves on Saturday.

The 21-year-old South Korean is yet to win on the big stage, but does come into the event in form.

In the field on a sponsor exemption after a victory last week in a Korean LPGA event, Jang closed her front nine with four straight birdies.

Another run of three straight birdies was bookended by bogeys at 12 and 16 to create a chance at a life-changing victory.

Winning the tournament would see her offered LPGA membership and status.

Defending champion Kim Sei-young was left to rue late bogeys on 16 and 17 but still posted a 69 to sit fifth at nine-under.

Overnight leader, Minjee Lee of Australia, struggled to a 74 to fall back to eight-under.