Beauden Barrett scored two tries in an 18-point masterclass as the Wellington Hurricanes humbled the Melbourne Rebels 38-13 in a Super Rugby match. 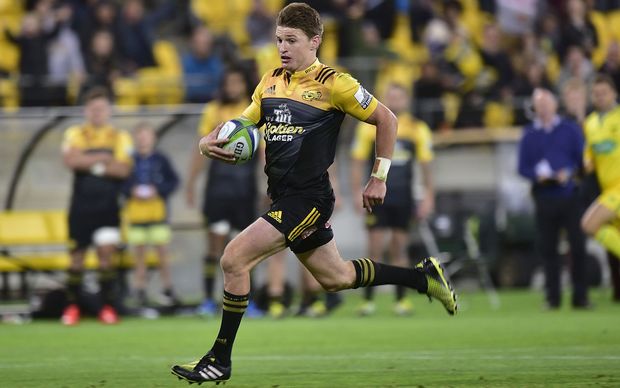 The Hurricanes ran in six tries to two to post their fifth win of the season and shore up fourth place in the Australasian conference to keep their playoff hopes alive.

Barrett said, "it was nice to score the points we did, obviously disappointed with some parts of our game, especially after half time when we didn't capitalise on the Rebels having a player in the sin-bin, we weren't as accurate and decisive as we needed to be."

"It's another step in the right direction, our shapes pretty good and when our intent and attitude is there and we can build phases we look good."

The match was soured by the poor playing surface at the Melbourne Rectangular Stadium, with players struggling to maintain their footing.

The Rebels were unsettled by late changes with loosehead prop Mike Harris and centre Mitch Inman withdrawn withdrawing late from the match.

But the home side dominated the opening 15 minutes, with back Dom Shipperley crossing in the 10th minute.

It was to be a fleeting advantage, with Victor Vito, Cory Jane, Barrett and former Rebel Jason Woodward crossing for tries before halftime.

Ardie Savea and Barrett added to the punishment before Rebels winger Cam Crawford grabbed a last-minute consolation try for the hosts.