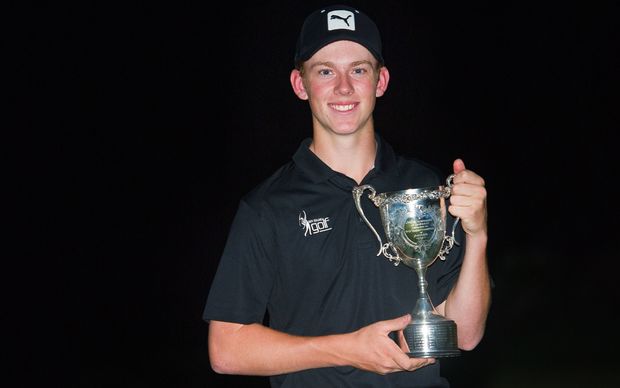 Hillier trailed fellow New Zealander Henry Spring by one shot entering the final round, before birdieing two of the last three holes to win by a convincing six shots.

"It's an amazing feeling, I got told by one of my playing partners that I will have a spot at the Australian Open so it still hasn't hit me yet simply because I have only known for about 10 minutes," said an excited Hillier.

"I didn't know what was going on behind me, which was probably a good thing actually and I just could do what I needed to and to finish the way I did was very pleasing."

"I was definitely just in the zone, playing safe never crossed my mind, 16 is a tight drive and I stuck to my plan of using driver and pulled it off. The same thing happened on 17 and I just did what I needed to do."

This victory adds to the New Zealand Amateur Championship, New Zealand U19 Stoke Play and the Harewood Open titles Hillier has claimed over the past 18 months.

Hillier was also the leading amateur at the New Zealand Open in Queenstown earlier this year.