The Football Ferns have been drawn in the same pool as world number one United States and world number three France, along with Colombia.

The defending champion Americans have won four of the five Olympic titles.

The 16th ranked Football Ferns group is rounded out by 24th ranked Colombia. 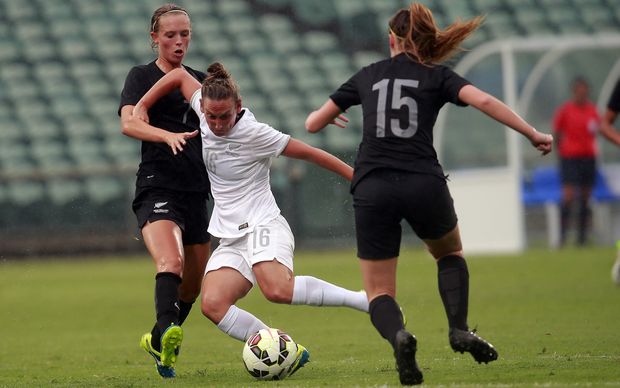 "I'm not sure it could be harder but we have played these teams a number times, especially the USA, and we know that on our day we can beat any team when we are playing well. But yeah, it doesn't get tougher than one and three in the world, does it?"

The top two sides from each of the three pools advance to the quarterfinals, along with the two best third placed teams.

Longo said while a challenging task lay ahead, she was also excited by the prospect.

"You always want to go into a tournament and play the best teams and compare yourself against the best in the world and if you are going to win gold you're going to have to play them anyway so it's exciting but it will be a challenge."

The White Ferns have experienced conditions in Brazil, having beaten the Olympic hosts in their own backyard last year.

"We got that victory and that was great for the confidence of the team, and that was a good experience to feel what it was going to be like. Obviously its going to be very hot so we will prepare as best as we can, we'll layer up and we'll get into the gym with the heaters to try and prepare."