Former Black Caps captain Brendon McCullum has bounced back from a disappointing start in the Indian Premier League (IPL), clubbing 49 off 31 deliveries to help his side the Gujarat Lions to a second straight win.

After making a two-ball duck in the opening match, McCullum has helped his side to a seven-wicket win over the Rising Pune Supergiants.

Batting first, the Supergiants looked set for a score in excess of 180, but a late collapse quickly turned the match in the Lions' favour. 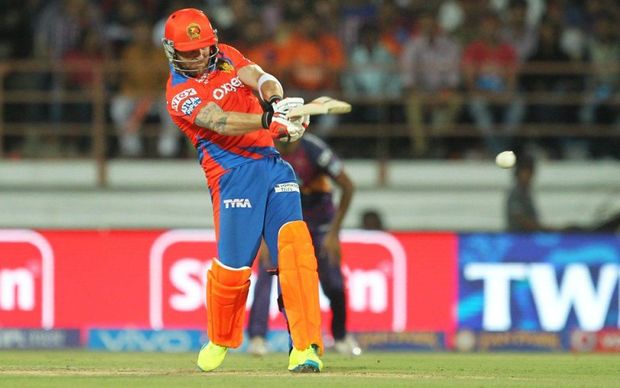 Brendon McCullum is finding his form in the IPL. Photo: BCCI/IPL

Australian Aaron Finch, who made 50, and McCullum then effectively killed the game, thumping 62 in the powerplay during their chase of 164.

McCullum and Finch put on 85 for the opening wicketm with McCullum's innings including three sixes and three fours.

McCullum's side now have two wins from two games to sit at the top of the competition.

South African Faf du Plessis top-scored for the Supergiants with 69 off 43 balls with five fours and four sixes.