The Blues openside flanker Blake Gibson could be out for up to 10 weeks with a fractured thumb. 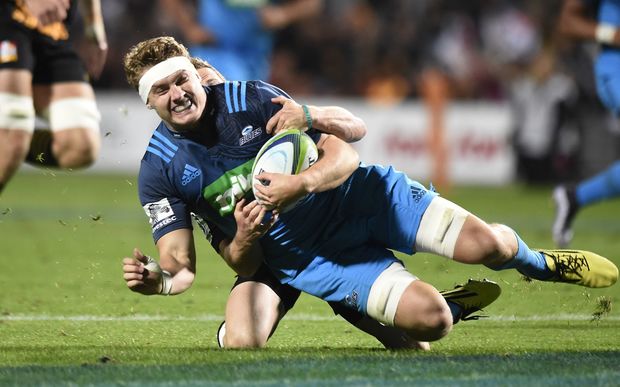 Blake Gibson during the Blues match against the Chiefs. Photo: PHOTOSPORT

Gibson suffered the injury during tackle training on Tuesday.

The 20-year-old had been a standout performer early in the Blues Super Rugby Season.

Former All Black and Chiefs flanker Tanerau Latimer has been bracketed to start in the number seven jersey for the Blues, he's still recovering from a calf strain.

It'll be Latimer's first game in the Blues jersey after playing two seasons in Japan.

Meanwhile former All Black Zac Guildford has suffered a setback in his Super Rugby return.

Guildford has been ruled out of the Waratahs team to play the Brumbies this Saturday due to a broken foot. 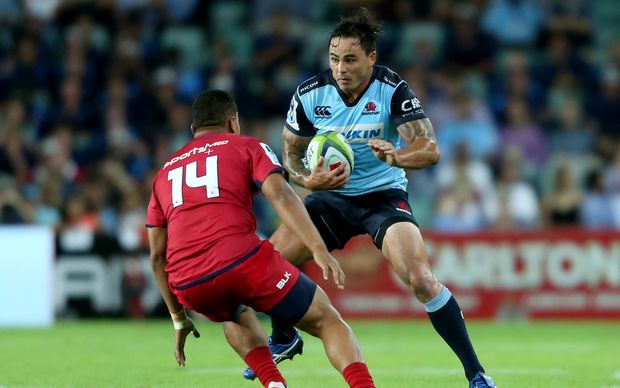 The 2011 World Cup winning All Black joined the New South Wales based club earlier this year under the guidance of head coach Daryl Gibson.

Guildford played five seasons for the Crusaders from 2010-2014 when Gibson was assistant coach of the Crusaders.

Gibson convinced the 27-year-old to cross the Tasman to play in the Super Rugby competition after he returned home from a year long stint with French Top 14 side Clermont.

Guildford was a regular starter for the Waratahs so far this season before picking up the inury.

Matt Carraro will start on the left wing for the Waratahs in Guildford's place.