The New Zealand men's hockey team has beaten India 2-1 to keep their hopes alive of qualifying for the final of the Sultan Azlan Shah Cup in Malaysia. 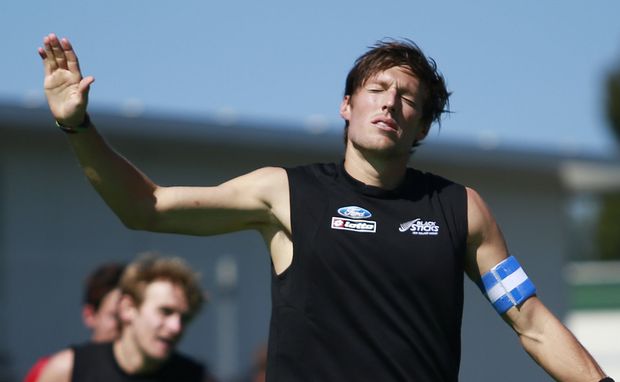 New Zealand came into their last game of round robin facing a must-win against the world number seven ranked side, and delivered just what was required.

Kane Russell opened the scoring for the Black Sticks with a penalty corner flick just before halftime while Nick Wilson delivered the game winning field goal in the 41st minute.

The result means the New Zealanders leapfrog India into second place in the tournament standings.

The Black Sticks must now hope India either lose or draw their final match against hosts Malaysia tomorrow.

If Malaysia win their final two games against India and Pakistan, they are also still a mathematical chance of sneaking into the final against Australia, who sit top of the table with two games still in hand.

Head coach Colin Batch said it was pleasing to put together a solid performance in a game played under 37 degree heat.

"Today was probably the hottest it's been, and certainly worse than our game yesterday and that shows a lot about our conditioning and being able to cope in very draining conditions," he said.

"We got the result we needed, so now the pressure goes on the other teams who still have games to play in the race to the final.

"It was nice to play from a goal in front and our ball possession and defence was good enough to play out those final 15 minutes."

Both sides battled under tough conditions with the heat in first half while scoring chances proved few and far between.

The Black Sticks capitalised on their first penalty corner of the match in the 28th minute when Russell's strong flick picked up a touch from a defender's stick and crashed into the goal.

But the Black Sticks fought back and took the lead once more in the 41st minute when a loose ball fell for Wilson who smashed the ball home from close range.

With a bye on the final day of round robin, New Zealand face a three day layoff with other results set to dictate whether they will contest the final or bronze medal match.