World champions Peter Burling and Blair Tuke have made a flying start to the European sailing champs in Barcelona.

Burling and Tuke who are four time world champions in the 49'er class, chalked up two race wins and a second on the opening day of competition.

Over 70 boats are competing for the 49er European title to be contested over six days. The regatta provides another marker point for those on the road to Rio with the 2016 Olympic Games now just four months away.

This is Burling and Tuke's first European event for 2016, and their first event since being officially selected to represent New Zealand at the Rio 2016 Olympic Games. 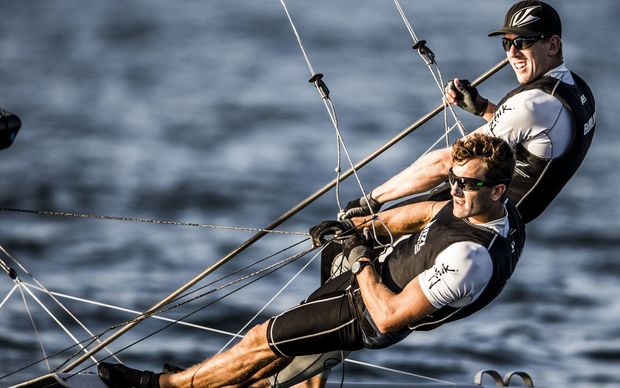 Alex Maloney and Molly Meech who are also part of the New Zealand Olympic Team made a solid start in the 49erFX fleet to hold 5th overall.

Sailing four races on the opening day of competition Maloney and Meech had a race win along with two fouth placings and a fifth.

Logan Dunning-Beck and Jack Simpson are lying 18th in the 49er fleet after day one, and Erica Dawson and Ellie Copeland are also lying 18th, in the 49erFX.