The Black Sticks Men have beaten Japan 4-1 to claim their second successive wins at the Sultan Azlan Shah Cup in Malaysia. 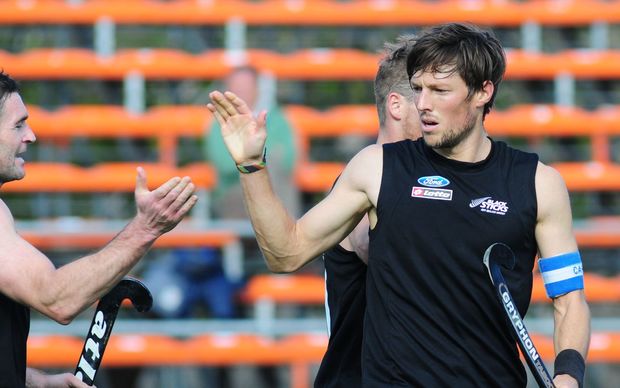 The victory means the Black Sticks remain undefeated, banking three valuable points to sit second in the standings behind Australia, who they play tomorrow night.

Head coach Colin Batch said it was a good performance given the temperature, which forced extended quarter and halftime breaks.

"I thought we dealt with the heat pretty well, we started very well and scored a couple of early goals which gave us a good edge," he said.

"We were one man down in defence with Blair Tarrant injured but I thought we coped well, and both Devon [Manchester] and Kyle [Pontifex] played well in goal.

"The rest day will be important for us and we're looking forward to the next challenge against Australia who we know are always tough to beat."

It was a fast start from the Black Sticks who lit up the scoreboard in the fourth minute when Wilson put a nice finishing touch on a cross from Child.

The Black Sticks doubled their lead in the 13th minute from a super piece of work from Child who followed up on his own deflected shot to slot past the goalkeeper.

New Zealand capitalised on a 27th minute penalty corner with Woods firing into the back of the goal to give his side a 3-1 halftime advantage.

With the second half looking to end goalless, Wilson came up with some more magic in the 58th minute dribbling a bouncing ball through traffic and hitting towards goal for Inglis to get the final touch.

The Black Sticks have a rest day before going up against trans-Tasman rivals Australia tomorrow at 8am (NZ time).