New Zealand have beaten South Africa 12-7 to reach the final of the Hong Kong Sevens. 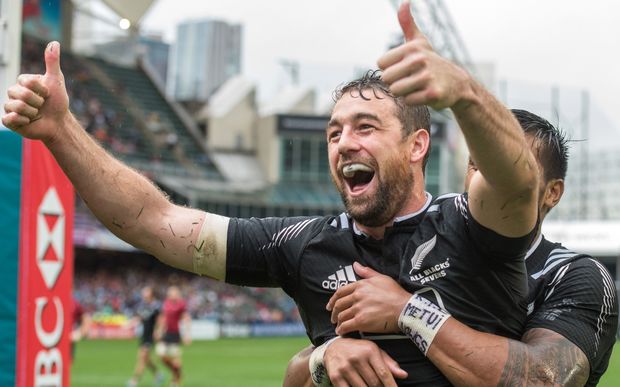 The All Blacks Sevens needed extra-time to defeat the Blitzbokke, who scored first in the semi-final through Tim Agaba.

New Zealand answered with a try to Lewis Ormond, before the match winner was scored by Regan Ware at the end of two three-minute periods of additional time.

With players out on their feet, Ware latched onto a cross-kick from Kurt Baker to steal the victory.

In Sunday's final at about 11pm, New Zealand will meet Fiji who defeated Australia 34-5 in the other semi-final.

In the quarter-finals, Baker scored a hat-trick of tries to give the All Blacks Sevens a 19-7 win over Wales.