New Zealand Rugby will implement a number of law changes in the upcoming provincial comeptitions this year. 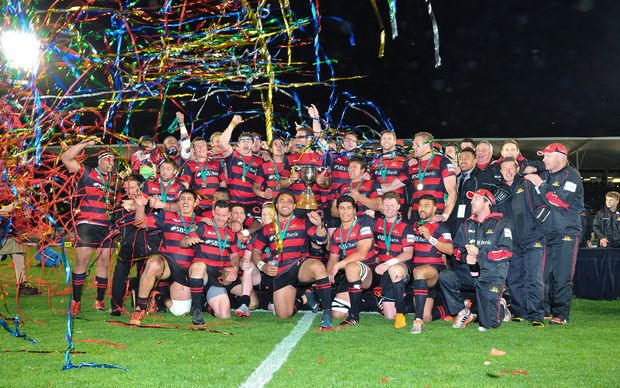 The Heartland Championship will trial laws relating to the tackle and breakdown areas as well as a new points system.

Tries will be worth six points, penalty tries eight points with no conversions, and two-point penalties, drop goals and conversions.

The NPC competition won't trial the new points system but will adopt the changes to the tackle and breakdown rulings.

"I think it's always exciting to be part of a process that looks to keep the game fresh and relevant. We are particularly keen to trial these laws as we believe they will help make the game safer to play, will be easier to understand, and as a result more entertaining to watch," Sorensen said.

The trials are part of a cyclical law review undertaken by World Rugby every four years, and most recently has involved input from All Blacks Head Coach Steve Hansen and Chiefs Head Coach Dave Rennie.

New Zealand coaches and referees have already begun preparing for the implementation of laws proposed for the 2016 Mitre 10 Cup and Mitre 10 Heartland Championship this August.

The law trials seek to have tighter and safer controls around the tackle and breakdown, and introduce a new points system.

Following a robust review by World Rugby's Laws Representative Group (LRG), the law trials may be considered for a global trial in 2017 and possible adoption in 2018.