Italian Antonio Conte was handed the responsibility of reviving Chelsea's fortunes and bringing the English Premier League football title back to Stamford Bridge when he was named as their new head coach. 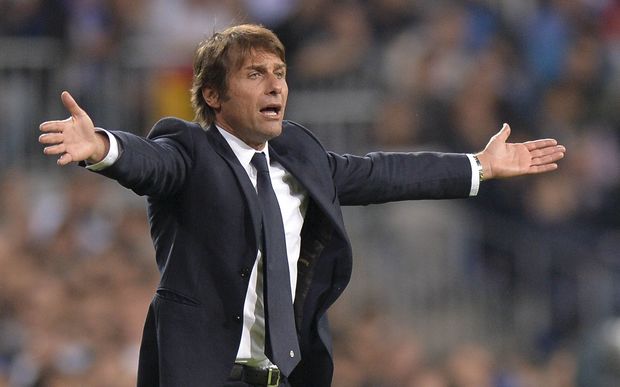 Conte, the head coach of Italy, will move to London on a three-year contract after the European Championship in France in July.

Conte has long been touted as Chelsea's first choice to succeed Jose Mourinho as their next permanent manager following the departure of the Portuguese in December after Chelsea made their worst start to a top flight campaign for more than 30 years.

Dutchman Guus Hiddink has been in charge since Dec. 19 but his second stint as interim coach was never going to last longer than the end of this season.

"I am very excited about the prospect of working at Chelsea Football Club. I am proud to be the coach of the national team of my country and only a role as attractive as manager of Chelsea could follow that," Conte said in a statement on Chelsea's website.

"I am happy we have made the announcement now so everything is clear and we can end the speculation. I will continue to focus on my job with the Italian national team and will reserve speaking about Chelsea again until after the Euros."

Chelsea's fortunes have stabilised under Hiddink who took over with the 2014-2015 champions mired in 16th place having won only four of their opening 16 league matches.

The weekend's 4-0 win at Aston Villa was their 15th unbeaten league match since Mourinho left, but they are still only in 10th place in the table with no chance of retaining their title or winning a trophy this season.

Their 13-year unbroken run in the Champions League will also end, and it is very unlikely they will be in the Europa League next season either.

He played more than 400 games for Juventus and went on to manage the club to three successive Serie A titles from 2012 to 2014.