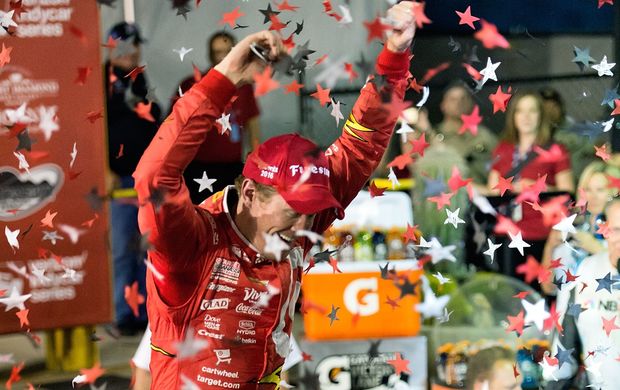 It was the 39th career win for the New Zealander, tying him for fourth on the list of all-time Indycar victories.

It also gave the four-time series champion a race win in 12 consecutive seasons to set a record all his own.

The 35-year-old was previously tied with wins in 11 straight seasons with Bobby Unser, Emerson Fittipaldi and Helio Castroneves.

"It's mind-boggling, for sure," said Dixon, driver of the No. 9 Target Chip Ganassi Racing Chevrolet.

"All my wins except for one have been with this team. I hope we can continue to build on it."

Dixon was one of three race leaders in the 250-lap event, pacing the field for the final 155 laps.

The race ended under caution after rookie Alexander Rossi made contact with the wall two laps from the finish.

It was the first Indycar race at the Phoenix International Raceway following an 11-year absence, and the first win there for Dixon and the Ganassi team.

"It was tough, definitely one of the toughest races on these short ovals," Dixon said.

"The car was super-fast. I think we had the best car out there on strategies and pit stops."

Simon Pagenaud, in the No, 22 DeVilbiss Team Penske Chevrolet, finished second for the second consecutive race and took the lead in the series points standings for the first time in his career.

Pagenaud has 83 points and leads Dixon by four.