World golf number one Lydia Ko is one shot off the lead heading into the final round of the first Major championship of the year in California. 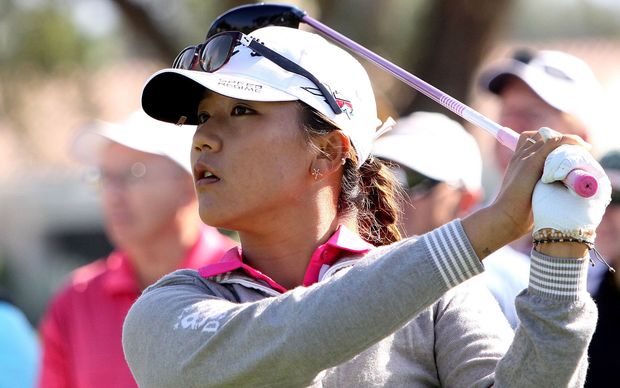 Ko picked up three shots on Sunday in Rancho Mirage for a third round 69, that took her from third into a three-way tie for second at nine under for the championship.

The overnight leader from America, Lexi Thompson (69), maintained her slim advantage at the top of the leaderboard with an eagle on the 18th hole.

Thompson had fallen a stroke behind the group now in second with a round that featured three birdies and two bogies, before miraculously shooting a three on the par five 18th.

Ko's third round was solid, with birdies on the par five second, the par three eighth and the par four 13th.

"I've been just trying to have fun out there, just enjoy being out with the girls," said Ko after day three.

"I think thats a big key for me, obviously in a Major, but in any event. Just enjoy it and enjoy being here."

"I've just got to think about all the positives and I think that has definitely helped this week."

Ko said she wasn't troubled on Sunday by the allergy that affected her vision on Saturday.

"That's something I don't need to worry about tomorrow."

After victory last weekend in the Californian coastal town of Carlsbad, Ko is searching for back-to-back wins at the Mission Hills Country Club, and back-to-back Major titles.

The New Zealander won the fifth and final Major championship of 2015 in France.