Five of the six New Zealand canoe sprint athletes selected to compete at the Rio Olympics will make their Games debut, with the first Olympic K4 crew in 24 years among the paddlers picked.

For the first time, Carrington's been joined by a New Zealand women's K4 boat, while K1 1000m paddler Marty McDowell rounds out the list.

While McDowell is the sole male selected, the inclusion of Jaimee Lovett, Caitlin Ryan, Aimee Fisher and Kayla Imrie in the K4 more than doubles the number of New Zealand females competing at that level.

"We're delighted to see the investment in our women's programme paying off and our athletes getting the chance to show what they're capable of at the highest level," Canoe Racing New Zealand chief executive Mark Weatherall said.

"New Zealand has a proud Olympic kayaking history and we're excited to see that continue."

Carrington has high hopes of becoming one of New Zealand's most successful Olympians, eyeing gold in both the K1 200m and K1 500m.

She has been unbeaten in the shorter distance for the last five years at the top level, adding the K1 500m world championship crown for the first time in Milan last year.

Carrington was also the first woman in 16 years - and only third in history - to hold both the 200m and 500m titles at the same time. 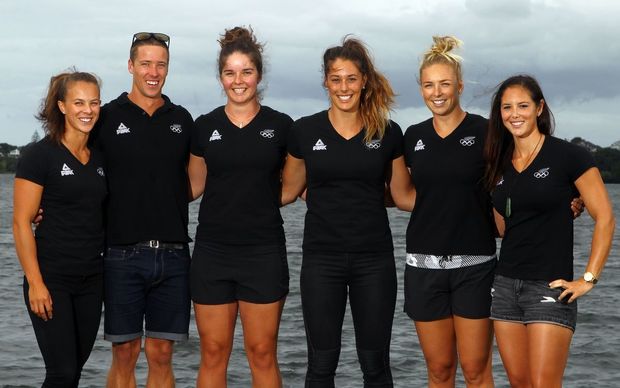 The new K4 crew, which has only been together for less than 18 months, also made a mark in Milan, reaching the K4 500m final and earning a qualifying spot for Rio. It came just three months after winning a round of the World Cup in Portugal.

It's been 24 years since New Zealand last had an Olympic K4 boat, with Richard Boyle, Finn O'Connor, Stephen Richards, and Mark Scheib making the semifinals in Barcelona in 1992, after earlier men's K4 crews in 1984 and 1988. Of the 24 New Zealanders who have paddled flat-water kayaks at the Olympic games, only three have been in the women's ranks.