The Chiefs have made just two changes to their starting line-up as they prepare to face the ACT Brumbies in a top of the table Super Rugby clash on Saturday night in Canberra. 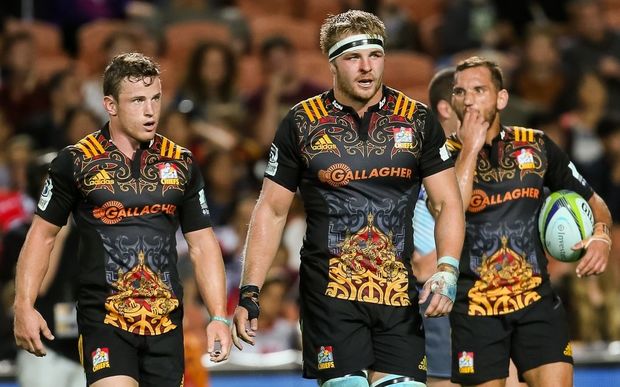 Anton Lienert-Brown returns from injury to start at centre in place of Seta Tamanivalu, while Toni Pulu gets his chance on the right wing.

Chiefs coach Dave Rennie was keen to give Lienert-Brown another shot after his promising form in Argentina.

There's still no sign of lock Dominic Bird, the big signing this season, with the two-Test All Black among 11 current Chiefs on the casualty list.

"Physically we probably could've put him on there but he's just a little bit underdone from a contact point of view," Rennie said, with the aim for Bird to put in some more contact sessions before coming into selection contention for the Blues game the following weekend.

There are three changes to the reserves with Maama Vaipulu coming in as loose forward cover, midfield powerhouse Tamanivalu to don jersey 22 (in place of last week's returning veteran Stephen Donald) and young utility back Shaun Stevenson making his return to the XIII after sustaining a minor shoulder injury in round one against the Crusaders. 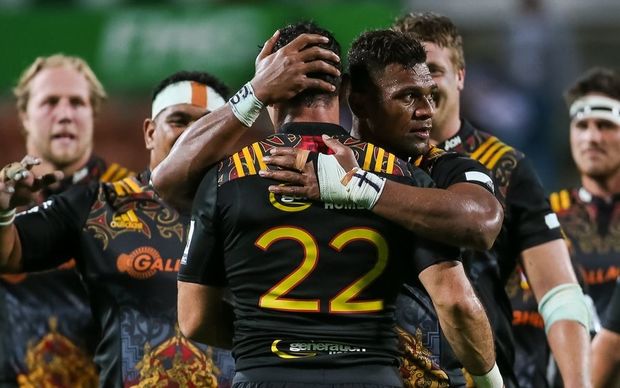 Seta Tamanivalu hugs Stephen Donald after his successful shot at goal against the Force Photo: Photosport

Rennie said it was good to get some consistency in selection after last week's big home win over the Western Force, when the Chiefs ran in nine tries to overtake Australian conference leaders the Brumbies at the top of the overall table.

"Anton Lienert-Brown comes back from injury to start after an outstanding performance against the Jaguares in Buenos Aires," Rennie said.

"Toni Pulu gets his first start after an exciting cameo off the bench against the Western Force last week. It's always a big challenge going to Canberra and playing against the best Australian side. It'll be a test of us as individuals and a gauge as to where we're at as a group."