The Northern Mystics are aiming to fulfil their potential in the new trans-Tasman netball championship, which begins on Friday when they host the Southern Steel.

The Mystics' sole grand final appearance came back in 2011 when they lost to the Queensland Firebirds - the current reigning champions. 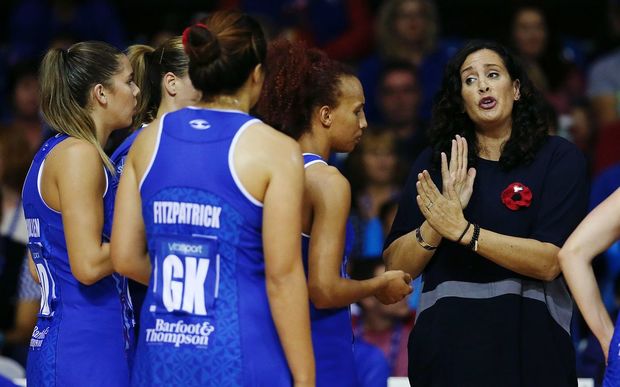 Like the Blues in Super Rugby, the Mystics hail from the biggest catchment area for netball in the country, and expectations are always high.

And they may not have helped dampen those hopes by beating perennial finalists the Waikato-Bay of Plenty Magic in the Pre-Season Shootout to win the Auckland leg of the tournament, which also featured the Firebirds, the Steel and the Adelaide Thunderbirds.

But before fans get too excited, it was the three-point shot games trialled on the final day of the tournament where the Mystics really excelled.

And their coach Debbie Fuller isn't reading anything into it.

"It doesn't mean anything going into the first round. One of the big focuses is for us to matter, so Friday night is the first game that actually matters to us," the former Silver Ferns defender said. 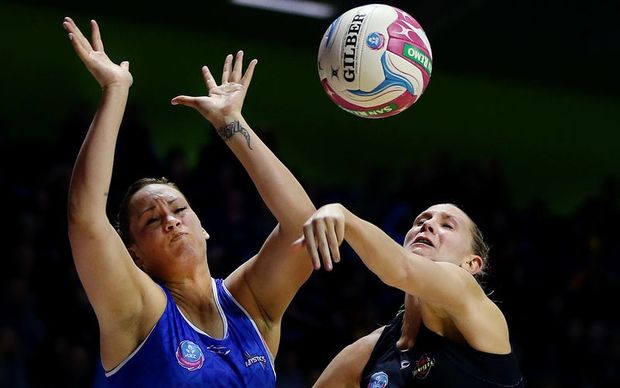 The Magic's Casey Kopua tussles with Cathrine Latu of the Mystics in the 2015 ANZ Championship Conference Final Photo: Photosport

The Magic won the game that counted last season, eliminating the Mystics 71-69 in the first round of the playoffs - despite the Auckland side topping the New Zealand conference, with two more regular season victories than the Waikato-Bay of Plenty team.

"We know we fell short last season and we want to restore the faith to our fans and our netball community because we started the season well, and we built, and then fell over at the end of the season at the business end, when it mattered," Fuller said.

"So the big focus this year has been about growing as the competition progresses, but also ensuring that, again, we win the games that matter." 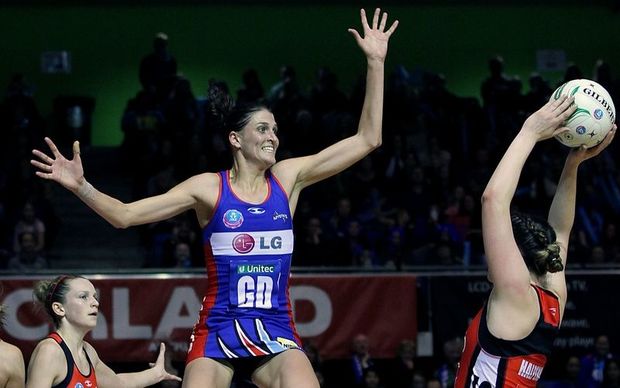 Anna Harrison gets high to pressure the shot from Ellen Halpenny of the Tactix Photo: Photosport

Mystics defender Anna Harrison (née Scarlett) is back in the camp after taking another year off following the birth of her second child.

"It's been awesome to be back, it's been great timing for me in terms of making sure I've done the work before I take the netball court," Harrison said. "The biggest challenge is sleep really!"

The Silver Fern's well aware that her club side haven't really delivered so far - but Harrison's determined to change that perception this season - by delivering on the court.

"The Mystics tend to have a little bit of that history [of underperforming] but we've shown at times through history as well that we can really knock it with the best and that's what we're aiming to do," she said.

"We're always aiming to do that so it's charging along good so far."

The Mystics players will see a familiar face on the opposition bench at Trusts Arena on Friday, with former assistant coach Noeline Taurua the new Southern Steel coach.

Fuller admits "a lot of classified information went south" with Taurua, but she doesn't begrudge her former sidekick her new job.

"It's all good, it's all part of the opportunity for Noeline to have a head coach role... it's wonderful for her," she said.

"Every season's so different and this season's different again. So she does know a lot, she knows the girls well. But a lot of the girls also know the Steel girls through playing with them at Ferns level, so it's a great game to start with, there's always a respectful rivalry that we have with the Steel, we respect the way they play the game."