Former Manchester United and England defender Gary Neville has been sacked by Valencia after less than four months in charge of the Spanish football club. 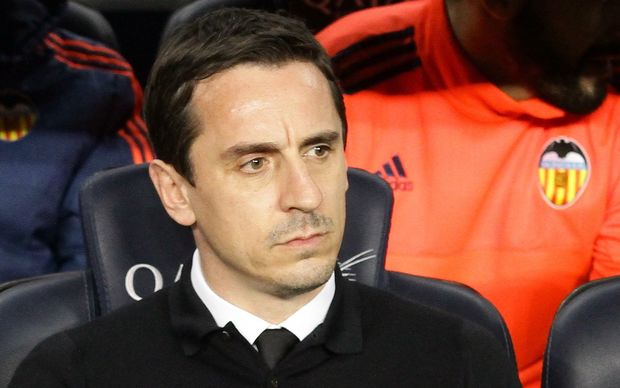 The 41-year-old, who is part of the England coaching set-up, was given his first managerial job in December.

Valencia won three of their 16 league games under the former television pundit, and 10 of 28 games overall.

Neville said he wanted to stay, but results had "not been to my standards" or those "required by this club".

He added he understood "we are in a results business".

Neville first faced calls to quit after a 7-0 defeat by Barcelona in the Copa del Rey semi-final first leg in February.

His younger brother Phil is part of the coaching team, and the club are yet to make an announcement about his position.

Former Liverpool assistant manager Pako Ayestaran will take charge for the rest of the season.

Valencia are 14th in the table, six points clear of the relegation zone with eight games remaining.