Remi Garde parted company with English football club Aston Villa less than five months after taking over as manager having failed to turn around the Premier League side's dismal season. 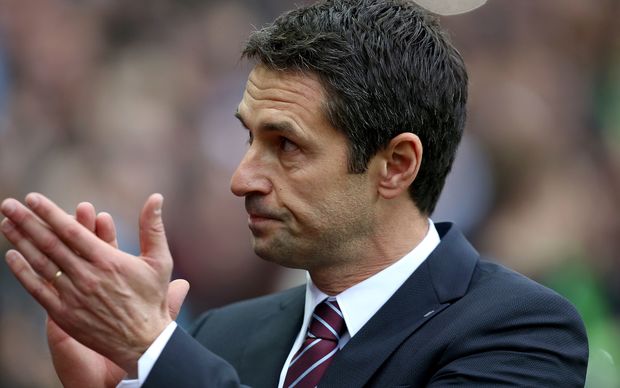 The Frenchman, who replaced Tim Sherwood after a poor start to the campaign, managed only two wins in the 20 league matches he took charge of and lost the last six.

"The club would like to place on record its sincere thanks to Remi for all his efforts during a difficult period and wish him well in the future."

Former European champions Villa, owned by American businessman Randy Lerner for the past decade, look almost certain to slip out of English football's top flight for the first time since spending a season in the second tier in 1987-88.

They have managed only 16 points from 31 matches and are 12 points behind fourth-from-bottom Norwich City with only seven games remaining.

Former Olympique Lyon manager Garde, once a midfielder with Arsenal, signed a three-and-a-half year contract in November and managed a 0-0 draw with Manchester City in his first match in charge of the Midlands club.

But that was one of the few positives as a mediocre squad slipped further and further into trouble.

His only league wins came against Crystal Palace and Norwich while in February Villa lost 6-0 at home to Liverpool.

Villa said first-team coach Eric Black would take over as acting manager until the club find a full-time replacement.