Cycling's authorities are under pressure to improve safety after a Belgian rider died following an accident involving a motorbike at the weekend but it will be a tough task in a sport which is still largely amateur.

While the International Cycling Union expressed its sadness over Antoine Demoitie's death without discussing the circumstances of the accident, the riders' association (CPA) has demanded a probe and improved safety measures.

Demoitie, 25, died after being run over by a race motorbike during the Gent-Wevelgem classic, the latest in a string of incidents involving race vehicles over the last year.

At the Tour de France, a motorbike collided with Jakob Fuglsang during a mountain stage while Frenchman Sebastien Chavanel and New Zealand's Jesse Sergent were knocked down by neutral service cars at the Tour of Flanders. 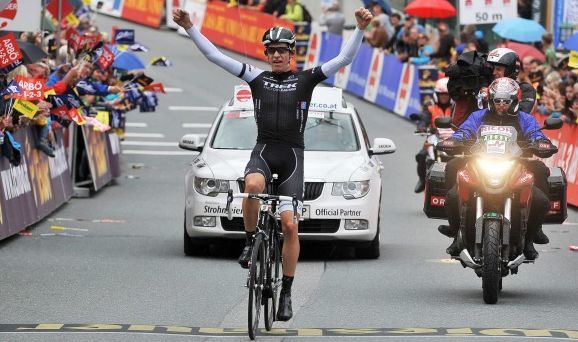 Jesse Sergeant wins a stage on the Tour de Flanders last year before he was knocked down by a service vehicle. Photo: Supplied

Slovakia's Peter Sagan and Portuguese Sergio Paulinho were sent crashing to the ground by motorbikes during last year's Vuelta, while Belgian Greg van Avermaet, who was soloing towards victory, was dismounted by a motorbike at the Clasica San Sebastian.

Motorbikes have multiple functions during a race: some transport reporters and photographers, others race stewards and the regulators who decide who can overtake and when.

After one of his riders was knocked by a motorbike during the La Drome Classic race last month, BMC manager Jim Ochowicz wrote to the UCI demanding action.

"This has got to stop before the headlines in the future are of a more disturbing nature than what we have seen in 2015 and now again in 2016," he wrote.

"To the UCI, I am turning to you for answers and solutions." 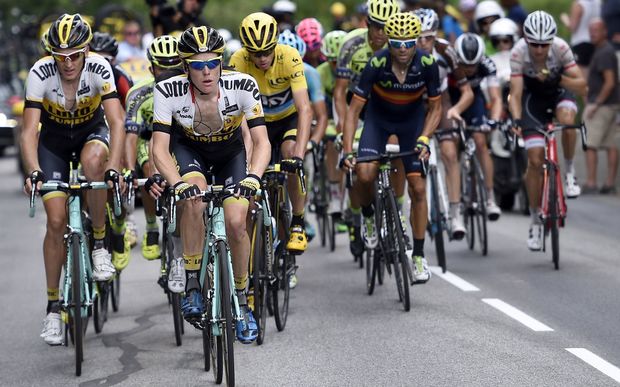 Despite the recent incidents, the UCI regulations only state that "organisers shall demand that press vehicles be driven by experienced drivers, familiar with cycle races and knowing how to manoeuvre. These drivers must hold the licence of a vehicle driver for a road event."

Getting the licence, however, is a mere formality.

While limiting the number of vehicles involved in a race would certainly help, that in itself would not solve the problem.

"Motos are a necessity in our sport for both security and media presence. It's their conduct and the direction that needs governance," said Irish rider Dan Martin.

Some 70 motorbikes are on the world's biggest race, the Tour de France, although only about half of them can regularly overtake the peloton.

"We have two mandatory courses with the French gendarmerie in Fontainebleau (in the Paris suburbs)," Bruno Thibout, a former French professional cyclist who now rides a motorbike on ASO races, told Reuters.

"We also give advice to each other. I'm one of the very experienced guys - I've been a pro rider, but also drove cars in races.

"We are under tremendous pressure, we know there is no room for error."

ASO own the biggest races in the world with the exception of the Giro d'Italia and the world championships.

They bought the Vuelta (Tour of Spain) two years ago and after last year's incidents sent chief regulator Jean-Michel Monin to the race to check how traffic was being regulated.

"The riders there were less experienced," said Thibout.

According to ASO competitions director Thierry Gouvenou, while ASO have the means to improve safety, other organisers may not.

"The problem is the sport is still largely amateur," he told Reuters.

"Some races are still organised by amateurs and volunteers, that's the weak point. Also, some organisers have VIP motorbikes on their races. It should not be possible," he added.

According to Thibout, teams and riders can also help improve safety.

"Sometimes the riders, with their earpieces (which allow the sports director to give their instructions), do not hear well the sound of the motors so they can't hear us coming behind them," he explained.

"Also, some riders move off the peloton brusquely, which is something we would not do when I was a rider," added Thibout, whose career spanned 1993 to 2004.