Melbourne City scored a record-breaking 3-0 win over Wellington Phoenix to take them to the top of the A-League football table. 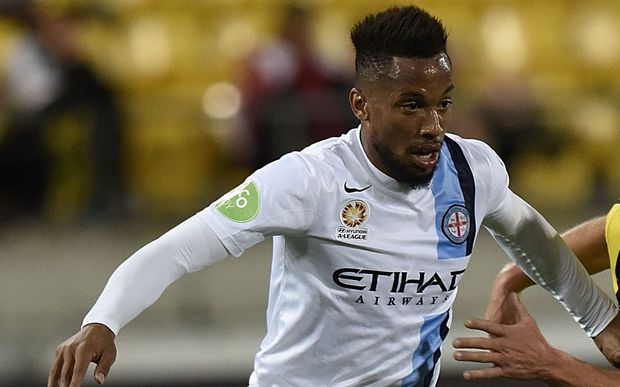 With 60 goals, City are now the best-scoring outfit the A-League has ever seen.

The goal that broke the record may have been the best of the lot.

A lukewarm contest was transformed just before half-time when City's pair of internationals Bruno Fornaroli and Harry Novillo produced a goal of the season contender.

The Uruguayan and the Frenchman played a one-two before Fornaroli scooped the ball with the outside of his boot over the Nix defence to find Novillo, who dispatched a rasping half-volley.

Fornaroli's flick was worthy of any pitch anywhere in the world, and the golden boot leader added to his own tally in the second half.

Michael Zullo's contentious tumble in the box handed Fornaroli a penalty, which he converted after Phoenix goalkeeper Glenn Moss saved his initial effort.

With ten minutes remaining, the striker then controlled Nick Fitzgerald's pass and buried a curling effort past Moss; the strike making Fornaroli the highest-scoring player in the club's history.

The result was tough on Moss, who made a several high-class saves, but not on Phoenix who failed to test the title-chasers.

City can also enjoy the penultimate week of the regular season looking down on the rest of the competition after overtaking Brisbane Roar on goal difference.

"The penalty killed us," he said.

"They had two very dangerous strikers and we lacked any dangerous, threatening penetration."

Merrick said veteran Phoenix defender Ben Sigmund would need scans to determine whether a knee injury suffered early in the match would be a career-ender.

The Phoenix are second to last and well out of finals contention.