The Black Sticks women's hockey team have routed Canada 6-0 in the first of two Tests at Hamilton. 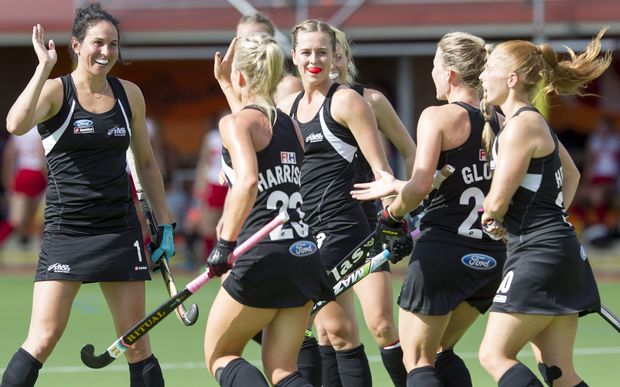 New Zealand overcame a slow first quarter to dominate the game with two goals in the second quarter and a further four in the second half.

Strikers Olivia Merry and Charlotte Harrison both scored doubles while Liz Thompson and Kayla Whitelock also found the back of the net.

Captain Sam Charlton said it was great to recover from a scrappy opening quarter with six goals and a clean sheet.

"It was really good to get the win first up, we were a bit messy at the start but it's pleasing to get away at the end," she said.

"Canada came out hard and were more intense, it took us a bit too long to adjust but once we got our structure going and the ball moving quicker it started to work for us.

"We need to start a lot better tomorrow and come out with some fire, make sure we make those simple traps and passes and as we saw today the opportunities will come."

The two-Test series against Canada is part of the Black Sticks' build-up for the Hawke's Bay Cup from 2-10 April in Hastings.

The second Test is on Monday.