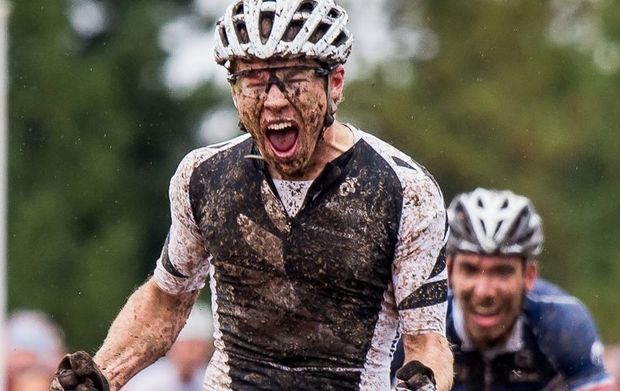 The north Canterbury rider won the title in Queenstown on Sunday after beating Australia's world number eight Dan McConnell to the line by 18 seconds.

Earlier, the Australian Rebecca Henderson defended her Oceania title from New Zealand champion Kate Fluker by just over a minute.

It was a race-within-a-race for the New Zealanders as both men and women vie for a place at the Rio Olympics.

Cooper found out that less is more, after he was well beaten by Gaze at the national championships.

"I only trained twice this week and that was everything," Cooper said.

"Having a rest week made all the difference.

"It was a very tactical race and we all had a turn at the front. I wanted to be in front before the last downhill as I sensed I was stronger there. I had to dig deep for that one so I'm very happy."

McConnell, who defended his national title in Australia last week, said while disappointed with the result, he did not have the legs after a tough race last week.

"Anton was too fast today and I'm quite pleased with second. Now it's a case of resetting for the first World Cup in four weeks."

The women's race proved a tight battle between Henderson and Fluker, who was riding on home turf at a major event for the first time.

"That was the toughest race I've had this season and Kate really pushed me," said Henderson, who slipped out of the world's top-10 after missing much of the last part of the season with glandular fever.

"It's been a good start this season with the win in the national title last week and now this as I work my way back into the sport."

It is a similar theme for Fluker, who also enjoyed a long break off-season after training herself into a hole last year.

"The break was perfect and now I feel fantastic. I felt terrific all day and really had great legs on the climbs. Rebecca was just too good on the downhill and that's when she got her break."