The Highlanders showed why they're Super Rugby defending champions, defeating the Melbourne Rebels 27-3 in a clinical display at AAMI Park. 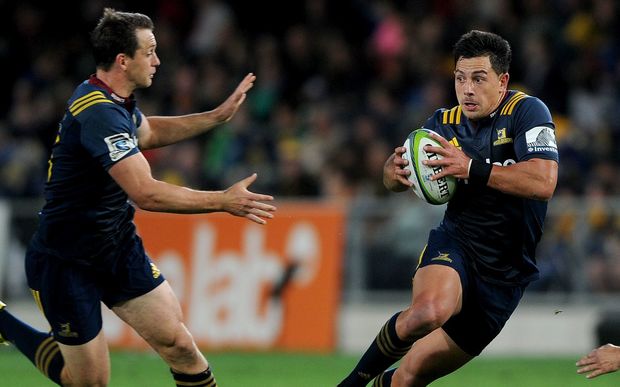 The Rebels have been riding high, clocking up almost 40,000km in travel on the way to their best ever-start to a season but were given a stark reality check on Saturday night.

The visitors handled the greasy conditions, thanks to some light rain in Melbourne, better than the Rebels scoring three tries in the win.

The Highlanders' defence was rock solid, making 117 tackles and missing just nine to force the Rebels into too many errors.

Highlanders centre Rob Thompson opened the scoring in the 22nd minute when he took advantage of a dropped kick by Rebels fullback Jonah Placid and then grubbered ahead, beating Dom Shipperley in the race to the ball.

Five-eighth Lima Sopoaga was on target with the conversion and two penalties to give his team a 13-0 halftime lead.

The Rebels blew a chance to get themselves on the scoreboard late in the half when Placid threw the ball over the sideline, missing Shipperley as they charged to the tryline.

Placid left the field early in the second half with a shoulder injury completing a forgettable night.

Thompson set up the Highlanders' second try in the 56th minute with a kick downfield that winger Jack Wilson pounced on and at 20-3 it was effectively game over.

The final nail came when Melbourne playmaker Jack Debreczeni threw a pass straight to Patrick Osborne with the Highlanders winger racing 80m for their third try of the night.