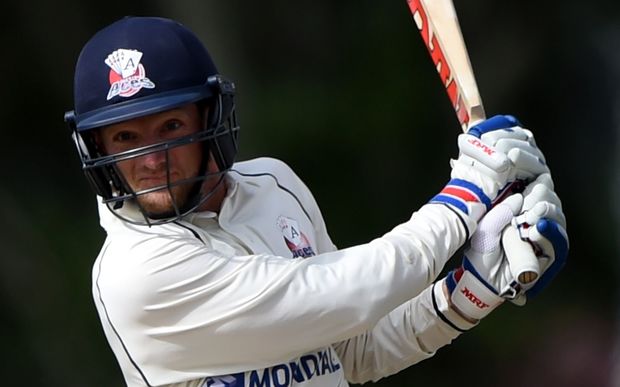 The unbeaten Aucklanders claimed the title on Saturday at the Basin Reserve by holding the Wellington Firebirds to a draw.

The Aces took control of the final day at the Basin with a maiden century from allrounder Donovan Grobbelaar (previous best: 99) that helped push them to an imperious 598 all out in the second innings, the highest domestic total ever laid down at the Basin.

It broke the previous record by three runs that had been held by Wellington since 1927/28, ironically against Auckland.

The draw in Wellington shattered Canterbury's dream of a title three-peat, who also played out a draw against the Northern Knights at Hagley Oval on Saturday.

On Friday in the that game, the Knights batsman Bharat Popli became just the fifth man to score a thousand runs in a New Zealand first-class season.

The 25-year-old from Bay of Plenty achieved the mark when he reached 32 in the second innings.