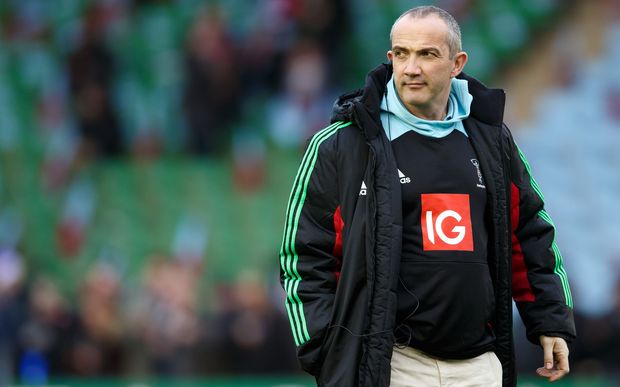 The 46-year-old has signed a four-year contract starting in June to take charge of the team who finished bottom of this year's Six Nations after five successive defeats under Frenchman Jacques Brunel.

O'Shea has been director of rugby at English club Harlequins for the last six years, leading the London team to the Premiership title in 2012.

"I feel the end of this season is the right time for me to take on a new challenge and I am honoured, humbled and excited that I will be working with everyone in Italian Rugby to ensure they can achieve on the undoubted potential they have as a rugby nation," O'Shea said.

"I spent many years in the 1990s playing against a great Italian side and I know there is the ability and will within this current group of players and the FIR to ensure that the current team can become the best Italian team in its history."

O'Shea will lead Italy on a tour of Argentina, the United States and Canada in June.

Italy joined the Six Nations Championship in 2000 but despite securing occasional victories they have struggled to make a sustained impact in the northern hemisphere's premier international tournament.