Pakistan skipper Shahid Afridi will go back home before deciding whether to retire from international cricket after his team lost to Australia and were eliminated from the World Twenty20. 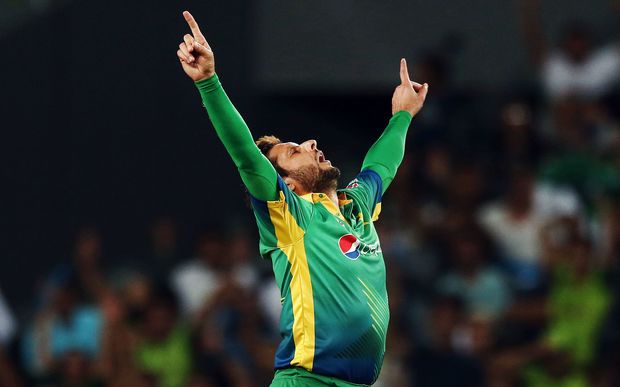 Australia beat Pakistan by 21 runs in Mohali and Afridi, who had hinted before the game that retirement was imminent, said he has not yet made a final decision to call it quits.

"I'm going to go back home and in the next four-five days I will take a decision and whatever is better for the country, I will go with that. I think I will announce this in my country," the 36-year-old told reporters.

"As a player I'm fine but as a captain I'm not fit because it's not easy to handle the pressure, especially if you are playing for Pakistan... the expectation pressure, the media pressure, everything."

Australia skipper Steven Smith guiding his team to 193-4 with an unbeaten 63 and James Faulkner took five wickets to send Pakistan out.

"I think honestly speaking we were not good enough," Afridi said.

"I think we didn't play good cricket and if you look at the bowlers they've really done well but, later on, in the last four overs, we gave 40 runs so it's not good enough if you're playing against a world-class team."

Australia, chasing an elusive first World Twenty20 title and level on four points with India, face the host nation in Mohali on Sunday in a game that will decide their fate.

"We've just got to keep on winning," Smith said.

"We've got three more games if we want to win the World Cup and that's our goal. It's going to be a tough game in a couple of days time against India.

"They are a world-class side and play extremely well in these conditions, so hopefully we can keep playing some good cricket and give them a run for their money."