Rotorua's Danny Lee has earned half a point at the World Golf Championship match play event in Texas. 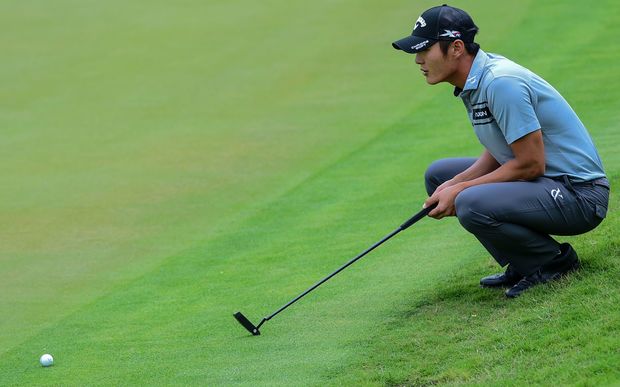 Lee finished his second round match all square with American Brandt Snedeker, but the New Zealander needed a win to have any chance of reaching the round of 16.

Every player contests three matches in his group in a round-robin format, with 16 players advancing to the knockout phase that starts on Sunday.

Lee lost his first round duel with the 2011 Masters champion Charl Schwartzel who logged another victory and another point on Friday to go to the top of Group 15.

A win or a draw against Snedeker in round three on Saturday will send Schwartzel through to the next round, while Lee plays for pride against America's Charley Hoffman.

Jordan Spieth and Phil Mickelson won their respective matches at the Austin Country Club to retain perfect records but did so in contrasting fashion.

While world number one Spieth oozed confidence, fellow American Mickelson said he had played poorly and was lucky to beat compatriot Daniel Berger in a bizarre finish to their match.

Berger conceded defeat after injuring his wrist when he struck a rock trying to play his second shot at the final hole.

"We both struggled today," Mickelson said. "Fortunately I've got my instructor here and I'm going to get a little practice session in and try to get this right."