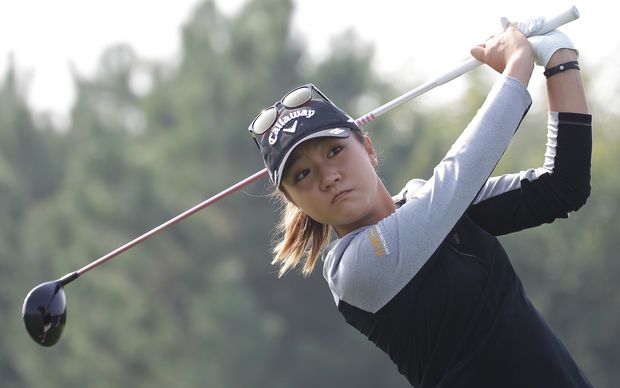 Lydia Ko plays a tee shot on the 2nd hole during round four of an LPGA event in Incheon, South Korea. Photo: Getty Images

The world golf number one, Lydia Ko, is one shot off the lead after the opening round of the latest event on the LPGA tour in California.

Starting on the back nine of the Aviara Golf Club in Carlsbad, Ko bogied the 11th and reached the turn at one over par before finding her rhythm.

The 18-year old struck three consecutive birdies on holes one through three and two more on holes five and eight for a four-under par first round 68.

In a tie for 5th, Ko and two others trail a group of four players atop the leaderboard that includes the world number two South Korean Park In-bee.

"I just couldn't get any putts rolling, but it was good to see a couple drop on my back nine," said Ko.

"It's tough. I was in the rough a few times. It's lush. The club turns over and if you get a good lie you're getting lucky."

"Because how firm and fast the greens are it's really tough on the greens. That show's what kind of good condition the course is in," she said.