South African Rugby has taken a proactive step in a bid to block potential match-fixing after signing an agreement with Swiss-based betting data provider Sportradar. 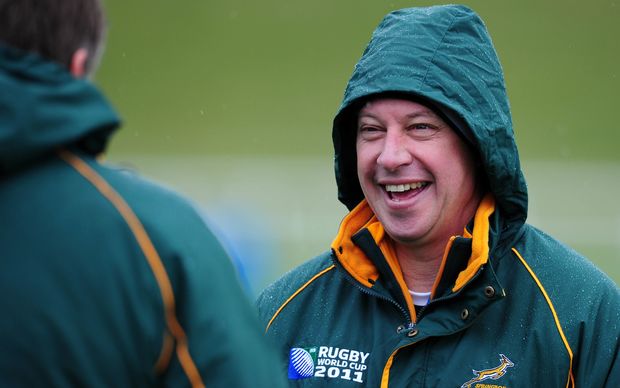 While instances of match-fixing have yet to be uncovered in rugby in the country, South African cricket and soccer are both currently dealing with alleged attempts to manipulate matches for betting gain.

Sportradar will monitor Super Rugby and Springbok test matches this year and report back on any unusual betting patterns that could indicate an attempt to fix games.

"We have recently seen allegations of match-fixing in other South African sports and it's a threat that SA Rugby is not complacent about," SA Rugby CEO Jurie Roux said in a statement on Wednesday.

"In the past few years, World Rugby has really stepped up their quest in ensuring the integrity of the game is upheld with their 'Keep Rugby Onside' campaign and we fully support that.

"All our teams and competitions count amongst the best in the world, so it's imperative that we monitor global sport to spot the threats on the horizon."

All players and team officials at last year's Rugby World Cup were asked to undergo an anti-corruption and betting education programme, with World Rugby also enlisting the services of Sportradar for the tournament.

Players were warned they faced lengthy bans or even jail terms if they bet on matches or intentionally performed below their best.