Kenya is unlikely to beat the April 5 deadline set by World Anti-Doping Agency to put in place laws needed to make it "code-compliant", a Kenyan legislator who is playing a key role in the process said. 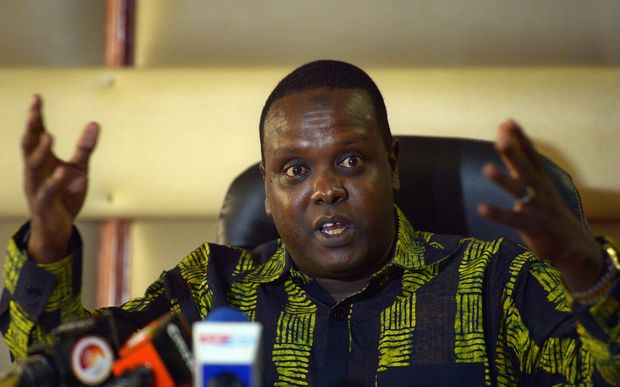 Kenya faces the threat of being ruled non-compliant with the WADA code and, although that could eventually lead to sanctions, the IAAF said this month that it is highly unlikely the distance running powerhouse would be suspended from this year's Olympic Games.

Wesley Korir, who has drafted a bill proscribing doping in the east African nation which has been hit by a wave of drug transgressions, said Kenyan authorities may seek an extension to the deadline to be able to complete the legislative process.

"The Bill has not been brought to Parliament as we are speaking and even if it is brought today, we cannot complete the process in two days because we shall be going on recess on Friday and returning on April 6," Korir told Reuters in this North Rift Valley town, a centre of excellence for distance running, on Tuesday.

Korir, who won the Boston marathon in 2012, said Parliament's Committee for Labour, Social Welfare and Sports had summoned the Minister for Sport last week to impress upon him the importance of the process.

"We also wanted to discuss how to merge the two bills, but he did not show up," said Korir, a Member of Parliament for Cherangany Constituency in the North Rift, said before boarding a plane to the capital.

He said the parliamentary committee had adopted his Bill, but was awaiting the one drafted by the Ministry's consultants and the Anti-Doping Agency of Kenya (ADAK).

Korir's Bill has different penalties to the one drafted by a government agency, capping fines for offenders at 3 million Kenyan shillings ($30,000) compared with ADAK's proposed 1 million.

"I am requesting the President (Uhuru Kenyatta) to intervene in this matter to save the future of the youths of this country. These people (Ministry of Sport) don't seem to care about the future of our youth," Keino, winner of gold medals at the 1968 and 1972 Olympics, said.

ADAK CEO Japhter Rugut said last week the Bill was ready and was only awaiting ratification of a few aspects by WADA.

Kenya failed to meet the first deadline of Feb. 11 to prove it was doing enough to tackle doping.

About 40 Kenyan athletes have failed drugs tests in recent years. The country has set up its own national anti-doping agency and WADA said on Feb. 11 it had put Kenya on probation, adding that there was still a lot of work to do.