Claims by St Helens rugby league chairman Eamonn McManus that Lance Hohaia cannot have been as ill as he made out because he was able to complete a business degree have been labelled "embarrassing" by the former Kiwis international. 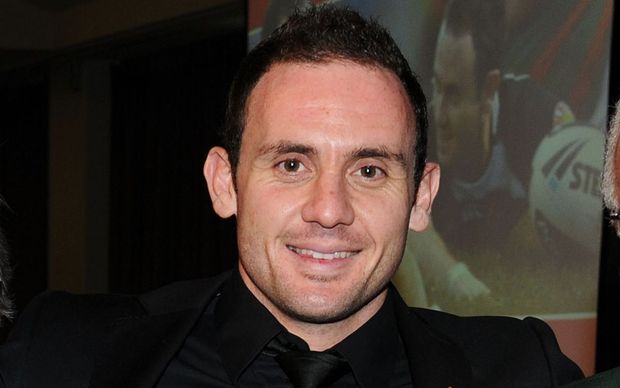 It is the latest twist in a growing row between Hohaia and his former club.

He blames Saints for not supporting him as he struggled with his health.

Just six months earlier, he had been assaulted by Wigan's Ben Flower in the 2014 Grand Final at Old Trafford.

Hohaia's claims, made in an interview with the New Zealand Herald last week, that he did not get the backing he needed after being injured by Flower have already drawn an angry response from St Helens.

Now McManus has posted his own statement on the club's website.

In it, he claimed Hohaia had made a "series of utterly false accusations about the club" and said his "mis-statements" have "wrongly damaged" the reputation of "one of the world's great rugby league clubs".

McManus added: "We will not tolerate our good name and the valuable reputations and livelihoods of our top professional staff being wrongly damaged by falsehood.

"We will take all appropriate actions to redress and remedy the situation. If we do not, the sport has no future."

He also claimed Hohaia cannot have been too badly affected by his illness given he successfully completed a business degree after retiring.

"This was an impressive continuing achievement, but again utterly irreconcilable with his subsequent claims as to his wellbeing," said McManus.

Hohaia said it was "embarrassing" that McManus "would try to draw a correlation between my mental state and my university marks".

He added: "I was provided with an outstanding tutor that I worked with weekly to help me with my assignments and did not sit the final exam due to my mental state.

"I was awarded an aggregated score on my final exam based on my previous assignments out of compassion, which allowed me to pass."

McManus also criticised Hohaia for damaging the reputation of the club's "highly reputable and leading medical and rugby staff".

However, Hohaia has told BBC Sport that at "no point in time" has he "publicly criticised the highly regarded medical staff at Saints".

"The lack of support that I felt was from management and was in reference specifically to how my retirement and the subsequent time after was handled, not how I was treated after the Grand Final incident," he said.

"Eamonn has taken my wider statement about the club not supporting me as an attack against the entire club and the team, which is simply not the case."

By giving an interview about his retirement, Hohaia said his intention had been to raise concerns over the ways concussions are "recognised, measured, analysed, tracked and treated".

He added: "At the moment, there is a one-size-fits-all approach, which does not, in my opinion, suffice.

"It is a shame that this message has been lost in the tirade from Saints."