Parramatta captain Kieran Foran is the latest NRL player to be charged with contrary conduct for touching a referee. 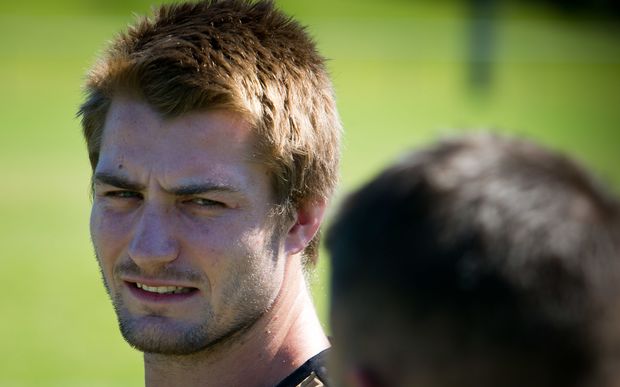 The match review panel on Monday charged the Kiwi playmaker for a seemingly innocuous incident during his team's win over Canterbury when he put his hand on referee Matt Cecchin's back.

However the Eels skipper can avoid missing his team's next match, the Easter Monday clash with Wests Tigers, if he submits an early guilty plea.

Meanwhile Warriors prop James Gavet has escaped a date with the judiciary after he was placed on report for a dangerous tackle in Sunday's loss to the Melbourne Storm.

Gavet was penalised late in the first half after he made a diving tackle around the legs of Storm fullback, Cameron Munster, who fell awkwardly in the tackle. 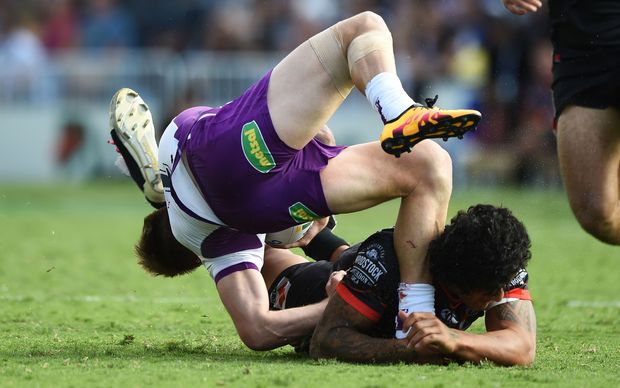 This tackle from James Gavet on the Melbourne Storm's Cameron Munster was put on report. Photo: PHOTOSPORT

However the match review committee decided Gavet's tackle was within the rules and didn't require a hearing.

South Sydney second rower Paul Carter is facing a one to two match ban for dangerous contact on St George Illawarra's Michael Cooper in Sunday's loss at the SCG.

The charge could leave the Rabbitohs significantly down on forward strength for the "Bad Friday" rematch with Canterbury in four days, with Sam Burgess expected to remain sidelined by his neck injury from the same match.