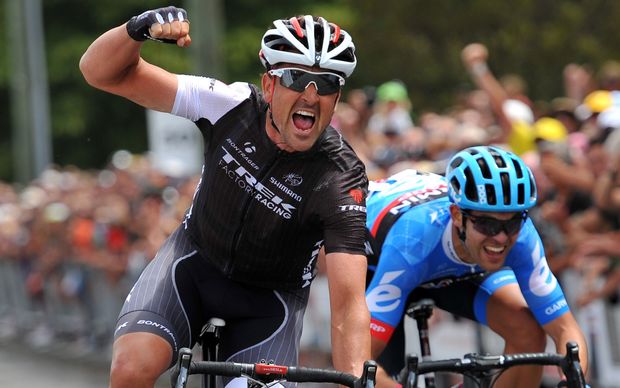 Roulston dominated the leading group of 12 riders after the first set of climbs through the Port Hills above Christchurch.

The group reduced to six as they approached the day's longest climb up to Hilltop where only Callum Gordon and Tom Hubbard were able to stay with the former WorldTour professional.

"It was definitely a hard day out," Roulston said. "I no longer have that 78 kgs of road racing weight, its 84 kilos of track legs now so it was a bit harder than I anticipated.

Roulston is working hard to make the New Zealand track endurance team for the Rio Olympics, and entered Le Race for the first time.

Roulston and Gordon hit the finishing straight in Akaroa together with Roulston out sprinting the 21-year old Team Skoda rider to win in two hours and forty one minutes.

Villumsen had two time Le Race winner Sharlotte Lucas for company for most of the day, before outsprinting her to claim the win in three hours and ten minutes

The 30-year old leaves for Europe next week to join her professional women's team United Healthcare.

"It was a really hard day," she said. "Two girls riding along with a group of men, just looking at each other to see how it's going. I definitely got what I needed today after a tough couple of months with my health, getting the win is a bonus."