The Auckland Taekwondo exponent Andrea Kilday has been seleceted to compete for New Zealand at the Rio Olympic Games. 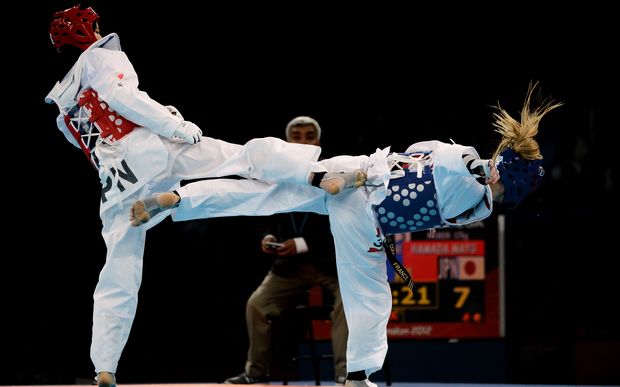 34 year old Kilday will compete in the under 49kg division.

Kilday has capitalised on some good form in recent years taking gold medals both in 2015 at the Pacific Games in Papua New Guinea and again earlier in 2016 at the Oceania Championships and Taekwondo Olympic Qualifying event.

"Taekwondo New Zealand is absolutely delighted for Andrea. She has been consistently performing well at this high level over the last few years and fully deserves her Olympic spot," he said.

"Andrea is a great role model for the sport and she perfectly personifies the humble hard working Kiwi athlete. We believe that she will do New Zealand proud in Rio."

Andrea first took up Taekwondo as a 10 year old in Christchurch at the Hornby taekwondo club, however since 2005 she has been based in Auckland and training at Sejong Taekwondo Club with her coach Jin Keun Oh.

New Zealand Olympic Committee Secretary General Kereyn Smith was on hand to congratulate Andrea on her selection and formally welcome her into the team to Rio.

"Andrea can be incredibly proud of what she has achieved. She has established herself as a role model in her sport and the dedication she has shown for more than 20 years has culminated in Olympic selection," Smith said.

"We look forward to cheering her on in Rio and supporting her over the next five months in the lead up to the Olympic Games."

Taekwondo is a martial art that originated from Korea in the 1950s, and has gone on to become one of the most widely practiced martial art sports of the modern era.

It was introduced as a demonstration sport at the 1988 Seoul Olympics, gaining official status at the 2000 Sydney Olympics.

The emphasis in Taekwondo is on speed and agility, with points being scored by landing successful foot and hand strikes to the opponents targeted body areas.