The Chiefs have made several changes to their side to play the Jaguars in the first Super Rugby game to be played in Argentina. 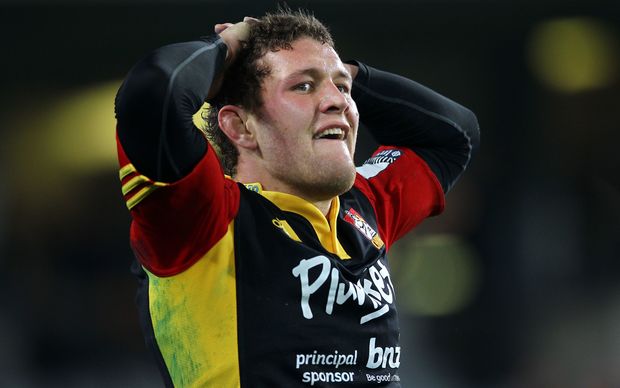 In the forwards, Japan tighthead prop Hiroshi Yamashita and veteran hooker Hika Elliot return to the starting XV to pack down alongside Mitchell Graham who retains his place at loosehead.

Michael Allardice and Johan Bardoul continue their locking partnership in the absence of the injured All Black Brodie Rettalick, with Tom Sanders returning to the fold to start at blindside flanker alongside co-captain and All Black Sam Cane and number 8 Michael Leitch.

There are three changes in the backs, with All Black Tawera Kerr-Barlow getting the nod at halfback and Sam McNicol set to make his first start for the Chiefs on the right wing for the match in Buenos Aires.

Anton Lienert-Brown has earned his first start of the season at centre with Seta Tamanivalu ready to add impact off the bench.

The rest of the backline is unchanged with first five-eighth Aaron Cruden, wing James Lowe and second five-eighth Charlie Ngatai retaining their jerseys for the third consecutive week.

20-year-old Damian McKenzie has the opportunity to shine again at fullback, coming off an impressive performance against the Kings where he contributed 28 points to the Chiefs scorecard with a flawless kicking display and try.

The Chiefs coach Dave Rennie said, "The Jaguares are an impressive unit but we've prepared well, and are looking forward to the challenge. We've been well looked after since our arrival and it's exciting to be part of the first Super Rugby game in Argentina.

"We'll have to feed off the passionate and vocal crowd."

The Chiefs team to play the Jaguars is: