The New Zealand men's golf number one Danny Lee has donated $90,000 to New Zealand Golf to help progress the development of the game in his home country. 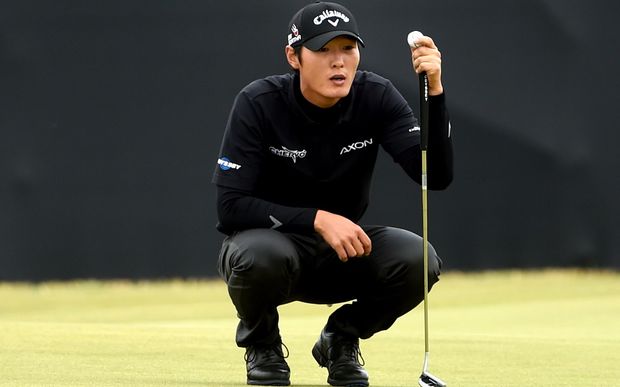 The $90,000 will be split equally between New Zealand Golf, Bay of Plenty Golf and his home club, Springfield Golf Club.

Each organisation has committed to use the funds to assist in Lee's goal of progressing the development of the game.

The Presidents Cup carries no prize money, instead competitors allocat their portion of the proceeds generated to chosen charitable causes.

"I am honoured to be able to further support and donate these funds to New Zealand Golf. I started playing golf through them as a child and they greatly supported my golfing development. I hope we can help grow the game of golf in New Zealand, and I look forward to being back in New Zealand one day soon," said world number 35 Danny Lee.

"We are incredible humbled to receive this donation from Danny Lee. We are extremely proud of Danny and his achievements at the highest level on the world stage and we are so pleased that he remains so close and committed to New Zealand Golf," said Murphy.

"Danny and his team are always so willing to give back to New Zealand and we look forward to a time in the near future when his schedule will allow him to return home to play."

To where it all began in the Bay of Plenty District Association Executive Director, Chris McAlpine will also be proud as punch having watched Lee since he was only 13 and has had the pleasure of getting to know him and watch his career grow.

"This is a tremendous boost for golf in the Bay of Plenty which we will direct at Junior Development," said McAlpine.

"It's been so special following his career from the time he was 12 years of age and barely spoke a word of English. His sense of humour was as much in evidence as his golfing ability from that age."

"It means so much to us for Danny to have kept in touch and what a marvellous way to show his gratitude."

It is amazing to see players giving back to the game in New Zealand. Not so long ago Lydia Ko started a scholarship to assist young female golfers in New Zealand as well. These young professionals seem to not let the global success get in the way of who they really are.

US-based Lee is playing in the Arnold Palmer Invitaional in Florida this week.