Sevens star Rieko Ioane gets his first start for the Blues in their Super Rugby game against the Queensland Reds in Brisbane on Saturday night. 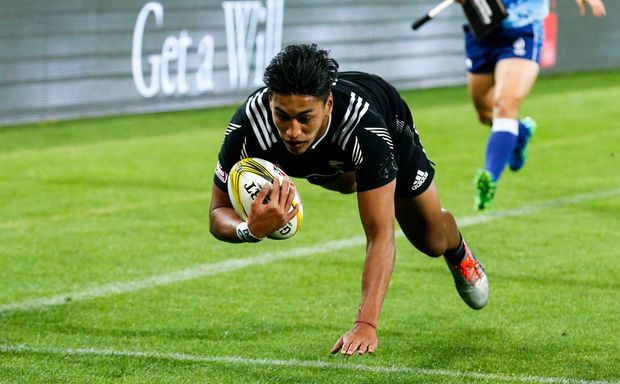 Rieko Ioane scores a try in the All Black Sevens win over England in Wellington 2015. Photo: PHOTOSPORT

Teenager Ioane, who starred for the All Blacks Sevens earlier this year, starts on the right wing in coach Tana Umaga's only change to his backline.

Rene Ranger drops out of the matchday squad completely.

There is just one change to the pack with Patrick Tuipulotu returning to lock with Stephen Luatua moving back to number eight and Akira Ioane to the bench.

The 29 year old becomes the 46th New Zealand player to chalk up 100 Super Rugby caps and the 11th player who has played for the Blues to reach the milestone.

He becomes just the fifth New Zealand player to reach the honour of 100 caps in Super Rugby and 100 caps in the national provincial competition.

It is his 18th game for the Blues after playing 82 times for the Highlanders.

The Blues team is: