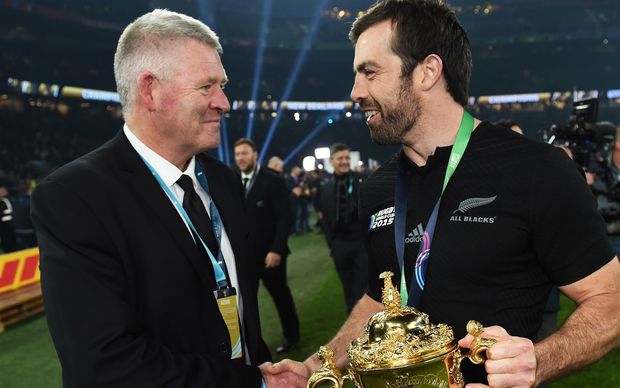 NZR chief executive Steve Tew said the loss of $463,000 was less than budgeted.

He said the loss reflected a deliberate decision to continue investing in the organisation's strategic priorities, including winning back-to-back Rugby World Cup titles.

"We are very proud of what we achieved in 2015. We supported the All Blacks in their goal of winning the World Cup away from home, including the historic test in Samoa which kicked off their successful campaign. We also increased resourcing for the All Blacks Sevens and New Zealand Women's Sevens teams as they build towards the Olympic Games in Rio de Janeiro."

NZR also signalled a significant expansion of support for provincial rugby over the next five years following the finalisation of global broadcast contracts.

Tew said a Rugby World Cup year was an unusual one in terms of income flows for the organisation.

He said there were fewer tests as it was a World Cup year and fewer revenue share tests.

"Consequently Test match revenue was $12 million lower than in 2014. We also started the year off on the back foot with the financial loss recorded by the 2015 Wellington Sevens tournament," he said.

Tew said that while NZR was compensated by World Rugby for revenue loss, it did not cover all loss of potential commercial revenue.

"Having said that, it was very pleasing to record revenue of $133.7 million, up from $120.8 million in 2014. This reflected the World Rugby compensation, new sponsorship agreements, along with World Cup-related licensing income and bonuses."

NZR's overall financial position remained strong with cash reserves at the end of 2015 $59.1 million - slightly down on 2014.

The amount of funding for the 26 provincial unions and Super Rugby clubs will increase by a minimum of 30 percent for each union from this year to 2020.

As some of these funds are derived from future income, NZR is budgeting a significant loss for 2016. However, projections over the next five years show NZR returning to a more favourable financial position by the end of that period, Tew said.

"Next year the British and Irish Lions visit for the first time in 12 years. This is a very important opportunity for New Zealand Rugby and the game. We'll be working hard to balance our revenue objectives while ensuring we structure the tour so as many New Zealanders as possible can get to see the drama and excitement that is unique to a Lions tour."

The combined deficit of the 14 Mitre 10 Cup unions was $1.3 million in 2015, the first deficit since 2011, due to less commercial and trust funding revenue and lower gate takings.

Unions continued to keep costs, including player salaries, under control. Ten unions were in the black for the year while 11 of 12 heartland unions also recorded a surplus.

"The increase in NZR funding over coming years should see a return to surplus for all unions," said Tew.

1. The All Blacks and other national teams winning pinnacle events

3. Fans are engaged and numbers are growing

5. Rugby is the sport of choice in Auckland

6. British & Irish Lions series is successful on and off the field

"We are very proud of what is an ambitious vision for rugby spanning the entire game," said Tew. "The 2020 Vision helps us sets priorities for our work as an organisation so we can ensure we are all pulling together in the right direction to manage our challenges and opportunities and keep rugby strong."