Re-testing of hundreds of athletes' samples collected at the London 2012 and Beijing 2008 Games is underway as the International Olympic Committee bids to root out cheats before Rio 2016. 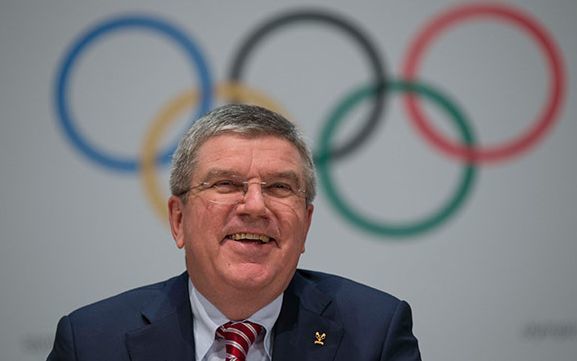 Doping has overshadowed the run-up to the Olympics with scandals involving the IAAF, the ruling body of athletics, track and field competitors plus several countries including Russia and Kenya who could be excluded from the Games.

"The aim of the (re-testing) programme is to prevent athletes who cheated in London or Beijing, and got away with it because we didn't have as advanced methods of analysis as we do now, from competing in Rio de Janeiro," IOC medical director Richard Budgett told an anti-doping symposium in Lausanne on Tuesday.

"The results will come in a number of weeks or months."

Athletics, the showpiece sport of the Olympics, was rocked last year when Russia was suspended from the sport after a World Anti-Doping Agency (WADA) investigation uncovered a state-sponsored doping programme.

Kenya could also be banned if it does not deliver on promises to WADA.

Tennis was dragged through the mud last week when former world number one Maria Sharapova announced she had tested positive for the banned substance meldonium.

The IOC said it welcomed a new WADA task force that would gather information and intelligence and identify athletes who should be included in registered testing pools, and those that should be tested during the four-week period of Rio 2016.

Olympic samples are frozen by the IOC for eight years and re-tested using new methods. It also looks for substances that were not known at the time of competition.

The first Games in South America will be held from August 5-21.