The Black Caps have stunned hosts India by 47 runs in the opening match of the World Twenty20 tournament in Nagpur. 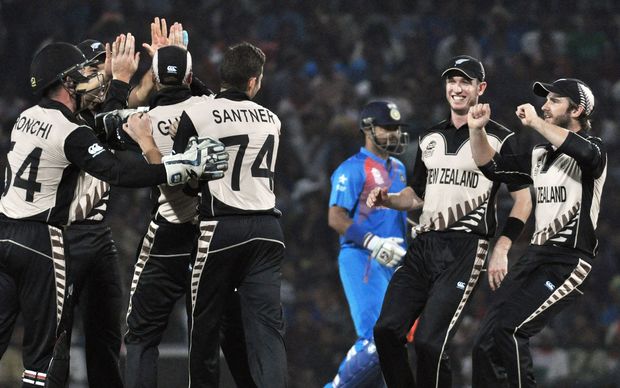 The Black Caps celebrate a wicket in their win over India at the T20 World Cup. Photo: Photosport

Batting first, the New Zealand cricketers made 126 for 7 on the slow and turning pitch.

As hosts and the current world number one side in the T20 format, the 127-run total appeared achievable for India - but they found themselves in trouble early when they lost four wickets within the first five overs.

When Virat Kohli and MS Dhoni were dismissed for 23 and 30 respectively, the side's chances of victory fell dramatically. 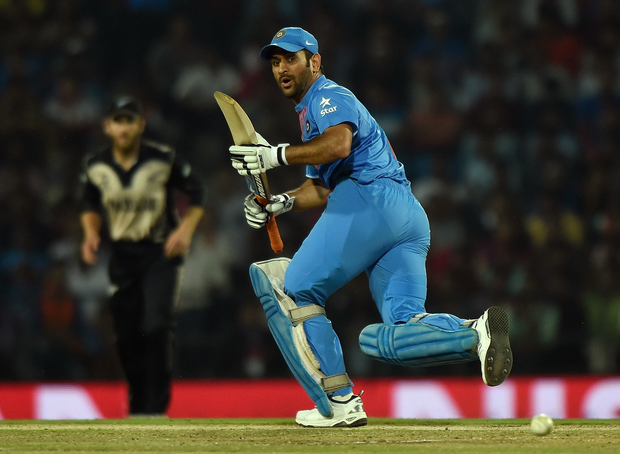 India's former captain MS Dhoni was dismissed for 30, in a troubled run chase for the hosts. Photo: AFP

The match was all over by the 19th over when Adam Milne removed Ashish Nehra for a duck.

The spin-friendly pitch lived up to its expectations, with nine of the 10 wickets that New Zealand took coming from their spinners.

Santner also picked up the man of the match for his batting and bowling display.

The Black Caps next match is against Australia on Friday night. 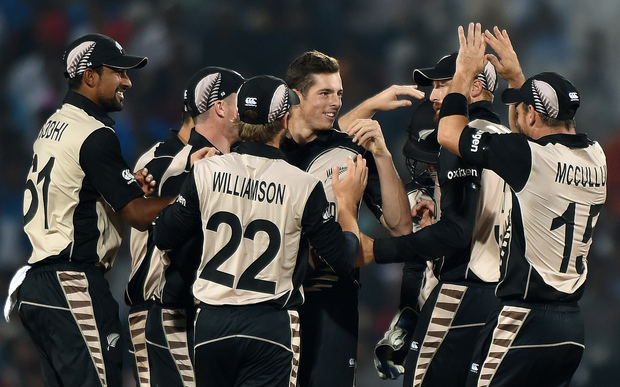