The Black Caps have picked up three awards at the ESPNcricinfo 2015 awards. 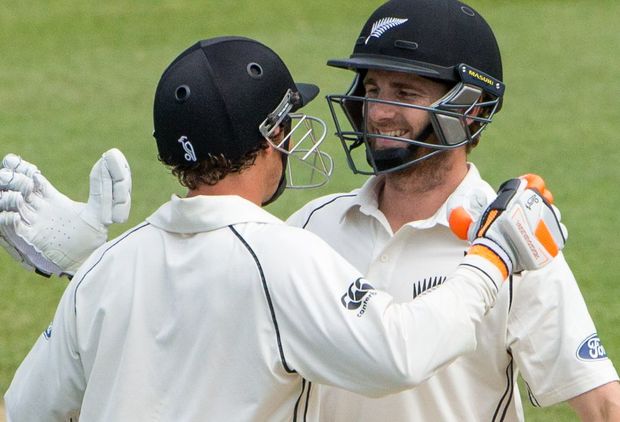 Kane Williamson and BJ Watling celebrate the former's double century against Sri Lanka in the second test at the Basin Reserve. Photo: PHOTOSPORT

Kane Williamson won the award for best Test batting performance in his unbeaten 242 against Sri Lanka in Wellington.

Williamson's second-innings knock, with New Zealand up against a first-innings deficit of 135, featured an unbroken record sixth-wicket stand of 365 with BJ Watling that set up a big victory.

Tim Southee won the ODI bowling award for his seven for 33 in the World Cup against England last year and Brendon McCullum won the Captain of the Year Title.

The Test bowling award went to England's Stuart Broad, whose eight for 15 at Trent Bridge skittled Australia out for 60, paving the way for England to regain the Ashes.

The best ODI batting performance award went to AB de Villiers, whose 149 off 44 balls against West Indies at the Wanderers contained the fastest ODI hundred (off 31 balls) and fastest fifty (16 balls).

The award for the best T20 batting performance went to India's Rohit Sharma, for his maiden T20I century, against South Africa in Dharamsala.

Mustafizur Rahman won the Debutant of the Year title - a category voted on by ESPNcricinfo's users, in addition to the jury.