West Tigers have won both games, while Manly are winless after two rounds of the National Rugby League following the Tigers 36-22 win over the Sea Eagles at Leichhardt Oval. 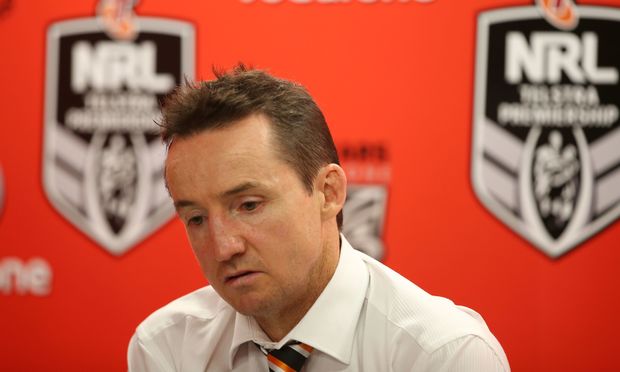 Three tries to fullback James Tedesco and a double to winger David Nofoaluma sealed the game for the homeside.

Momentum changed regularly in a highly entertaining game, but the Tigers were deserved winners with Tedesco and Mitchell Moses playing lead hands.

Key Manly recruit Martin Taupau was the visitors' best in his first match against his former club and scored a deserved consolation try late.

The Tigers, who beat the Warriors in round one, join South Sydney, Brisbane, Canterbury, Melbourne and Canberra as the undefeated teams after two rounds.

Manly were much improved after their poor first round loss to Canterbury, but enter round three without a victory.

"It was a good performance," he said.

"I am really happy with the way we fought hard in the second half when it was 16-all.

"The way we are playing has continued on from how we were playing at the end of last year."

Manly coach Trent Barrett was upset with his side's inconsistency and lack of "resilience".

"There was some improvement there from last week," he said.

"We were good in patches during the game but we were poor in patches too.

Things get no easier for the Sea Eagles next Monday when they play in form Cronulla at Brookvale Oval with out of action fullback Brett Stewart (hamstring) no guarantee of returning for that match.