The Black Sticks have made four changes to their side for this week's four test series against Korea in Auckland.

Following a series win over Malaysia in Tauranga, the Black Sticks continue their development in the lead-up to the Rio Olympic Games in August.

The veteran defender Bradley Shaw and striker Stephen Jenness come into the side, along with 18-year-old Central midfielder Hayden Phillips.

Striker Simon Child captains the team of 18 and will bring up his 250th test for New Zealand in Wednesday's opening game. 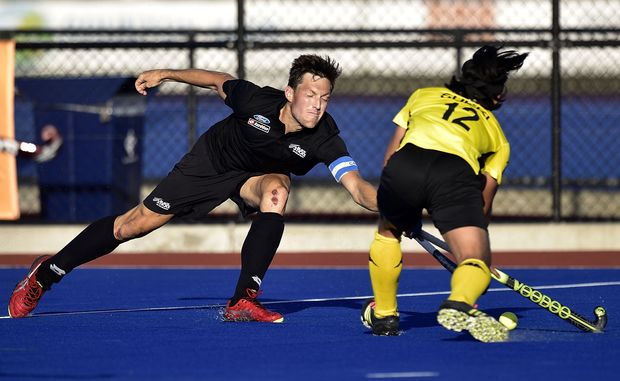 Simon Child will bring up his 250th test for the Black Sticks. Photo: Photosport

Batch said it's an exciting time for the squad and the next four tests will further test their combinations and preparation.

"This is another strong group and we go into this series having answered a few questions of ourselves against Malaysia," Batch said.

"We have an open selection policy and aren't afraid to look at our options even at this stage of our campaign. The most important thing for us is that we are able to assess our players and find the best group to send to the Rio Olympics."

Marcus Child, Jacob Smith and Jared Panchia come out of the extended team of 21 which played against Malaysia, along with defender Alex Shaw who's had successful surgery to repair a fractured cheek and eye socket he suffered in the third test.