The Chiefs ran in seven tries for a rampant 58-24 bonus-point victory over the Southern Kings in Port Elizabeth to go to the top of the New Zealand Super Rugby conference. 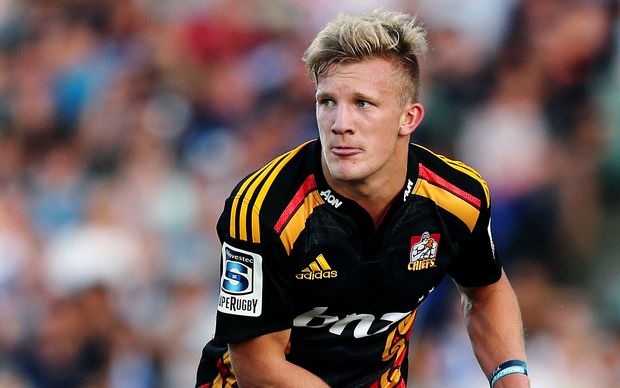 The Chiefs now lead the New Zealand conference, one point clear of the Highlanders, with the Hurricanes at the bottom of the pool.

The Chiefs are third in the overall standings on 10 points, three points behind the unbeaten Brumbies and the Sharks, who are level at the top.

Sharks first-five Joe Pietersen bagged a try four minutes from time to hand his side a tense 18-13 victory over the Stormers in Cape Town.

Pietersen came back to haunt his former team as he added a conversion and two penalties, to go with a penalty try awarded to the visitors early in the second half.

The Stormers, who led 10-3 at halftime, scored their points through a try from wing Leolin Zas and two penalties and a conversion by first-five Kurt Coleman.

The Sharks maintained their unbeaten start to the season but, for new Stormers coach Robbie Fleck, it was a first defeat.

In Singapore, Sunwolves winger Akihito Yamada scored a first half hat-trick of tries but it was not enough to claim a first win for the new Japanese franchise, as the Cheetahs stormed back to claim a 32-31 win in the first Super Rugby match in the Asian nation.

Uzair Cassiem, Niel Marais and Boom Prinsloo all scored second half tries for the Bloemfontein-based Cheetahs as they claimed a first win of the campaign.

Melbourne first-five Jack Debreczeni kicked 20 points as the Rebels held off a late charge by the Queenslands Reds to secure a 25-23 win.

The Reds, under caretaker management in the first game since the sacking of Richard Graham, were camped in the Rebels' 22 during the closing stages but a costly knock-on robbed them off the chance to claim a first win of the campaign.

Fullback Jonah Placid crossed for the Rebels' only try in the 14th minute, with Nick Frisby and Hendrik Tui notching later five-pointers for the Reds.

The Highlanders' scored three long-range tries to give them a 34-15 victory against the Lions in Dunedin, ending the South Africans' hopes of returning home unbeaten from their three-match road trip.

The Highlanders, who had led 10-3 at halftime, put the game beyond doubt with two tries within the space of three minutes shortly after the break to extend the gap to 21 points.

Malakai Fekitoa's try 11 minutes later, following a turnover and counter-attack from long-range, ensured their second victory of the season and set them up for their trip to Sydney next week against the New South Wales Waratahs.