The Highlanders have found the counter-attacking flair that made them reigning champions, in their 34-15 Super Rugby win over the Lions at Dunedin. 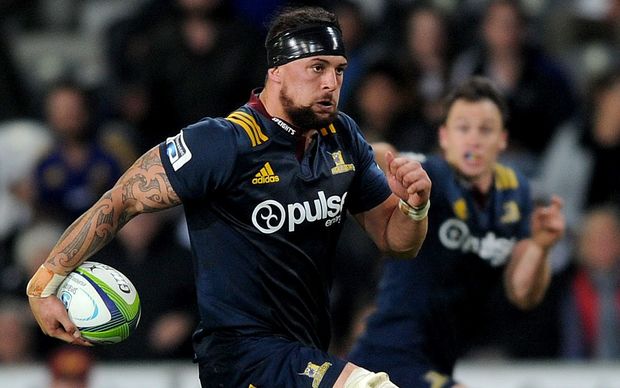 After two impressive away wins over the Sunwolves and the Chiefs, the Lions had ventured into the Highlanders' den hoping to complete their three-match road trip with victory over the titleholders.

But, after starting their season with a loss to the Blues and a narrow victory over the Hurricanes, the Highlanders were about to hit top gear.

Their first try was inspired by a Lima Sopoaga grubber to Matt Faddes, who cut inside off his right wing and over the line.

The Lions were startled but not shaken and grimly held the home side off for the remainder of the first half, with an impressive brand of defence that's won them plaudits throughout the competition's early rounds.

But shortly after the break, the Lions' defensive dam was cracked by Ben and Aaron Smith, who combined for a runaway try that sent the former 60m into the corner.

Minutes later, a Matt Faddes intercept on the opposite side of the pitch dispatched the winger on a 70m jaunt to the line for his second touchdown of the evening.

Unfortunately for the Lions, the champions weren't finished.

In the 55th minute, Malakai Fekitoa was rewarded with a try for an imposing performance in mid-field.

From a turn over, Ben Smith ghosted down the touch line and slipped a pass to the supporting centre, who crashed into the in-goal. 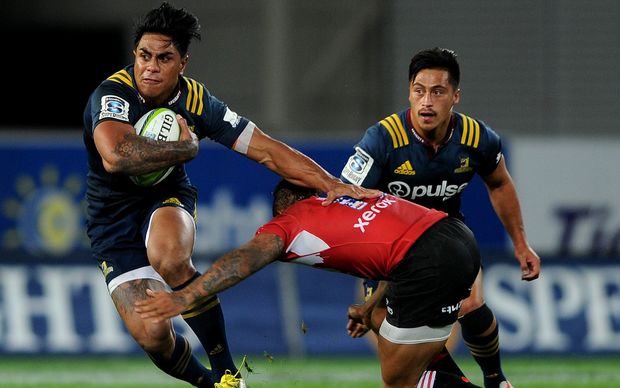 Malakai Fekitoa of the Highlanders looks to break the Lions' defence Photo: PHOTOSPORT

Minutes later, Sopoaga underlined his clinical control of the match from first five-eighth by snapping a cheeky drop goal.

It took his points tally for the night to 14, but the Lions' responded quickly to the insult, with Rohan Janse Van Rensburg barging over for the visitors' first try of the match.

Ruan Ackerman added a second, five minutes from full time, to demonstrate the Lions' potential after years of underachievement, but it was too little too late.

"I think we started to enjoy our rugby and it makes a massive difference when we're doing that," Highlanders captain Ben Smith told Sky Sport after the match.

"I think we made the most of our turnover ball tonight. The forwards played really well 'cause we knew they were going to come hard at set piece time, so our forwards fronted there.

"We just managed to make use of the ball we had and defended quite well."