The New Zealand women's football team has finished fourth at the Algarve Cup tournament in Portugal after a penalty shootout loss to Iceland. 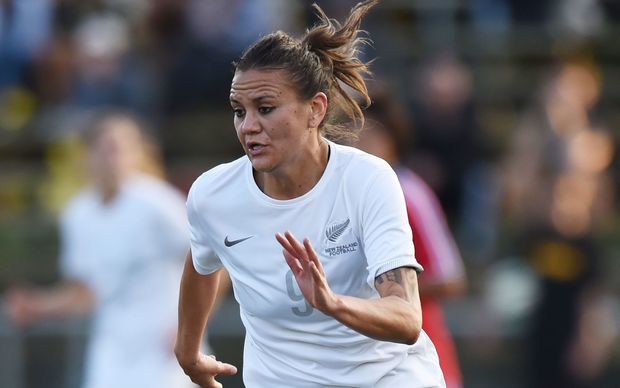 A 27th minute goal from Iceland midfielder Andrea Ran Hauksdottir gave the 19th-ranked Iceland side the lead but the Football Ferns fought back and pulled level in 69th minute through an Amber Hearn strike - her 49th for her country - across goal into the corner of the net.

The Football Ferns also had a strong claim for penalty waved away in the second half after a heavy challenge on Betsy Hassett in the Iceland area while several free kick opportunities came and went in the dying stages as the New Zealand side pressed for the winner.

But penalties were needed to decide the outcome and both teams scored each of their five spot kicks before going to sudden death where Anna Green's sixth penalty was denied before Iceland sealed the result with their sixth strike.

Football Ferns coach Tony Readings said his team found a higher level after a mixed first half performance but it still wasn't enough on the day.

"We didn't play as well in the first half as we would have liked. We were a bit under par but were still the better team but we weren't as dominant as we should have been," Readings said.

"We've gone in 1-0 down but we knew we had an extra two or three gears to go up and we'd be able to claw our way back in the second half which we did."

"We're bitterly disappointed because we dominated that second half, they've hardly got in our half.

"We scored a great goal and then we had a definite penalty turned down, we missed one-on-ones and we've had lots of crosses and set plays and we've not been able to get the breakthrough. That's been the story of the tournament for us."

Readings says his team need to find a sharper cutting edge in and around the opposition penalty area with the Rio Olympics on the schedule later this year.

"That inability to make that dominance count is still holding us back. There are some signs of improvement but we need more.

"By the Olympics we need to be a better team in that part of the game because we did so well in so many parts but the part that makes the biggest difference is putting the ball in the net and that's something we've got to be better at."

Denmark finished in seventh place following a 3-1 win over hosts Portugal and Belgium came fifth following a a 5-0 victory over Russia.

Canada won the tournament after a 2-1 win over Brazil in the final.